Is a Police Sniff Dog That Makes Mistakes Still Reliable?

Without All the Details, What Happened:  Police sniff dog found reliable to court despite falsely signaling the presence of narcotics when the dog instead signaled the presence of items used in meth lab, which a further search of defendants’ home revealed.

The following case seems to test the limits of what is a reliable “sniff dog” for purposes of supporting a conviction for possession of narcotics.

Darla Stillwell and Robin Briggs were stopped by Marysville Police in May 2009 while driving through downtown Marysville, California.  The stated reason for the stop was that the rear license plate on their pick-up truck was blocked by the bumper.  This is a common “pretextual” reason to stop a car to really look for drugs, stolen property or a drunk driver, as an obscured license plate is not an urgent public safety danger.

When one of the officers spoke to Briggs, the officer allegedly noticed Briggs’ eyes were glassy and his pupils were fixed and not reacting to light.  Briggs explained that he had taken methadone earlier in the day.

Another officer then arrived at the scene with a police narcotic detection dog, Tommy.  That officer then asked Briggs if he could take a look inside the truck.  Briggs said no.

The officer handling Tommy then asked Briggs if his dog could check the exterior of the truck and Briggs consented.

Tommy was trained, qualified and current in his annual qualification to detect the odors of cocaine base, cocaine powder, methamphetamines, marijuana and heroin. 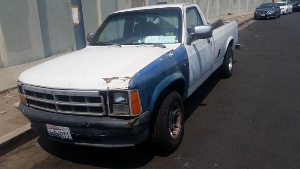 The handler then looked into the backpack and found chemical bottles, a 500-milliliter glass beaker, a metal can of xylene, denatured alcohol and several white pills that officers believed might contain ephedrine.  The handler did not find cocaine base, cocaine powder, methamphetamines, marijuana or heroin, however, the officer recognized the materials as parts of a meth lab.

The officer then obtained a search warrant to search Briggs’ and Stillwell’s residence, where they found numerous additional items used in a meth lab, as well as a syringe filled with heroin.

Briggs and Stillwell moved to suppress all evidence obtained from Tommy’s signal that he smelled something of interest based on the prosecution failing to establish Tommy was a reliable narcotics detection dog and that the dog’s signal did not establish probable cause for the warrantless search of the backpack.  The trial court denied the motion.

Defendants appealed to the Third Appellate District Court of Appeal in Sacramento.  In People v Stillwell (2011 DJDAR 11132), the appellate court affirmed the trial court’s ruling.  In ruling on the reliability of Tommy, the appellate court pointed out that the backpack was never tested for the presence of those drugs that Tommy was qualified to detect, so such drugs actually may have been present.  Moreover, even if there were an error by Tommy in signaling for narcotics that actually were not there, “a single error does not make Tommy unreliable.”

As to Tommy’s signal to his handler establishing probable cause to search, the appellate court took a different angle, explaining that because the backpack was in an automobile, the automobile exception to the warrant requirement applied and the warrantless search was not unconstitutional.
For more information about search dogs and searches based on smell alone, click on the following articles:
For case summaries of selected drug cases our firm has handled, click here.