Home
Other Information
Criminal Defense Articles
Is a Jury Trial a Federal Right for a Parole Violation?

Is a Jury Trial a Federal Right for a Parole Violation?

The best answer to the question posed in the title to this article is a frustratingly ambiguous “it depends.”  There can be a right to a jury trial when the parole violation subjects a parolee to more time in custody than the parolee first faced in prison.  Similarly, if the nature of the violation subjects the parolee to less time in custody than the underlying conviction, there is no such right to a jury on a parole violation.
The recently reported decision of People v Andras Peter Schaffer (2020 DJDAR 8951) is a good example of how the right to a jury trial can be denied on a parole violation, but in so doing, the San Bernardino Court and, later, the Fourth Appellate District Court (Division Two) explained when there could be such a right, but not in Schaffer’s case.

The Gist of this Article: A jury trial is not a federal right, i.e., under the Fifth or Sixth Amendment of the Constitution, for a probation violation unless defendant faces more time in custody on the probation violation than the parolee first faced on the original charge.

On June 29, 2015, Mr. Schaffer was convicted of failing to register as a sex offender (a violation of Penal Code § 290.018(b)) and was sentenced to three years in state prison.
After serving over thirteen months in state prison, Schaffer was released on parole on August 7, 2016.  As a condition of his parole, he was required to continually wear a global positioning system (GPS) monitoring device and to charge the device at least twice daily, or every 12 hours, for one hour.
This requirement is based on Penal Code § 3010.10(a), which provides that any person who is required to register as a sex offender under Penal Code § 290 and who is released on parole upon the condition that he or she wear a GPS device or other electronic monitoring system is prohibited from removing, disabling or rendering the device inoperable.  If a parolee violates this provision, the parolee is required to be incarcerated in a county jail for 180 days under Penal Code § 3010.10(e). 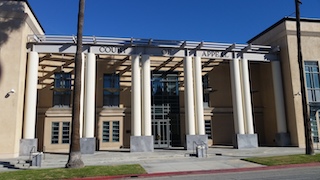 4th Appellate District Division 2 Riverside
On May 25 to May 26, 2019, the Division of Adult Parolee Operations (DAPO) of the California Department of Corrections and Rehabilitation investigated and confirmed that Schaffer’s GPS device was in “dead battery” status for over 19 hours, from around 8:35 p.m. on May 25, 2019 until 3:54 p.m. on May 26, 2019 and from 8:38 p.m. to 9:41 p.m. on May 26.  A “dead battery alert” indicates that the parolee’s whereabouts cannot be tracked because the parolee has not charged his or her GPS monitoring device.
On May 31, 2019, Schaffer was taken into custody.
On June 6, 2019, the DAPO petitioned to revoke Schaffer’s parole.  According to the DAPO’s parole violation report, Schaffer violated the terms of his parole 17 times and was returned to custody 8 times between September 12, 2016 and January 1, 2019.  His parole violations included failing to charge his GPS monitoring device, disabling the device, using methamphetamine, failing to participate in sex offender treatment, failing to register as a sex offender and loitering within 250 feet of places where children congregate.
On July 9, 2019, Schaffer’s counsel asked the San Bernardino Superior Court to conduct a jury trial on defendant’s alleged parole violation, based on the then-recent plurality U.S. Supreme Court decision in United States v. Haymond (2019) __ U.S. ___, 139 S.Ct. 2369 , 204 L.Ed.2d 897.  Based on this ruling, Schaffer claimed he had a Fifth Amendment due process right and a Sixth Amendment right to confront his accuser, as well as a right to a jury trial, based on proof beyond a reasonable doubt.
The San Bernardino Superior Court temporary judge assigned to the matter, Patrick Lyle Christianson, denied this request.
At Schaffer’s parole revocation hearing, his parole agent testified that during a May 31, 2019 interview before Schaffer was taken into custody, he admitted that he was in downtown Victorville on May 25 and used narcotics, then became lost on his way home.  He was then unable to charge his GPS device and it went into dead battery mode.  Based on Schaffer’s GPS tracking device, the parole agent was able to locate defendant behind a retail store “in a high crime and high drug use area” of Victorville.
The judge found by a preponderance of the evidence that Schaffer violated the terms of his parole and revoked his parole, reinstated him on parole, and ordered him to serve 180 days in local custody with credits for 49 days already served.
Schaffer then appealed to the Fourth Appellate District, arguing that the judge violated his Fifth and Sixth Amendment rights to a jury trial on his parole violation.  Schaffer cited to Haymond, supra, in support of this appeal.
The Fourth Appellate District denied the appeal, explaining that Hammond involved a similar case, but it was distinguishable.  In Haymond, defendant was found guilty of possessing child pornography in violation of federal law, which authorized the district judge to sentence defendant to a term of between zero and ten years in federal prison (18 U.S.C. § 2252(b)(2)), followed by a period of supervised release of between five years and life (18 U.S.C. § 3583(k)).  The district court sentenced Haymond to 38 months in prison, followed by ten years of supervised release.
During Haymond’s supervised release, the government found he had more child porn on his cellphone and sought to revoke his supervised release and impose additional prison time.
Because Haymond’s new offense was one of several offenses enumerated under 18 U.S.C. § 3583(k), the district court was required to impose a new and additional prison term of at least five years, without regard to the length of the prison term authorized by the defendant’s original conviction.  The district court then did this without a jury and found a violation by a preponderance of the evidence.  It then imposed the new, additional five years in federal prison.
On appeal, the Tenth Circuit Court of Appeal found that the application of § 3583(k)’s mandatory minimum five-year sentencing provision without a jury trial violated Haymond’s Fifth and Sixth Amendment rights to determine his guilt beyond a reasonable doubt.
In contrast, Schaffer did not face a new and additional sentencing consequence longer than his original sentence, so the Fourth Appellate District here found, in contrast to Haymond, that Schaffer did not have such a jury trial right on his parole violation.
The citation for the Fourth Appellate District Court ruling discussed above is People v. Andras Peter Schaffer (4th App. Dist., 2020) 53 Cal. App. 5th 500, 267 Cal. Rptr. 3d 666.
For more information about parole issues in general, please click on the following articles:
Contact us.
Serving Torrance, Long Beach, Compton, Airport Courthouses and Other Courthouses.