Home
Other Information
Criminal Defense Articles
Is a Certificate of Rehabilitation Possible After 17(b)?

Is a Certificate of Rehabilitation Possible After 17(b)?

There are a few nuances in the law that an experienced criminal defense attorney must understand to properly represent his or her clients.  One of these is the eternal purgatory that a former felon may face when a felony is reduced to a misdemeanor, but a judge then created a record that the individual is not rehabilitated when the individual unsuccessfully seeks a certificate of rehabilitation.

Summary:  Can One Receive a Certificate of Rehabilitation after the Felony Conviction is Reduced to a Misdemeanor?

Mr. Mark Moreno was convicted of felony possession of barbiturates in 1971.  He was placed on two years of probation on the condition that he serve one year in county jail.  He served his time and then successfully completed probation.

However, very soon thereafter in 1973, Moreno was convicted of another felony, assault with a deadly weapon.  He was sentenced to eight months in county jail and three years of probation.  He again successfully completed probation. 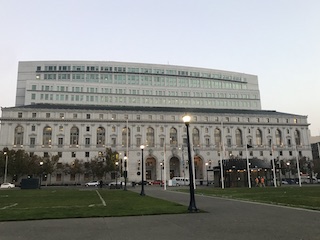 The interesting thing about such a request was that when Moreno requested that the judge reclassify his felony convictions as misdemeanors under Penal Code § 17(b)(3), the judge ordered that such convictions be deemed misdemeanors “for all purposes.”  This is what § 17(b)(3) provides.  At this point, the old adage of “be careful what you ask for, you might get it” may echo in one’s head.

As expected the trial court denied the petition.  When Mr. Moreno appealed the decision to the First Appellate District in People v. Mark Anthony Moreno (2014 DJDAR 15648), the First Appellate District began (and seemingly ended) its review by noting that Penal Code § 4852.01 limits those eligible for a certificate of rehabilitation to “any person convicted for a felony.”  Therefore, Moreno was simply not eligible because after his felonies were reduced to misdemeanors, his convictions were misdemeanors for “all purposes.”  The court never even considered the merits of whether Moreno was rehabilitated under the law.

Indeed, once a court designates an offense as a misdemeanor for all purposes, a defendant is no longer considered a convicted felon.  Gebremichael v. California Com. on teacher Credentialing (2004) 118 Cal. App. 4th 1477, 1485.  In Gebremichael, defendant had been convicted of a felony for discharging a firearm in a grossly negligent manner.  He later had the conviction reduced to a misdemeanor under Penal Code § 17(b)(3), like Moreno.  Gebremichael then applied for a teaching credential and was denied under Education Code § 44346.1, which makes anyone with a conviction for a serious felony ineligible.  Then Gebremichael appealed the ruling, based on Penal Code 17(b)(3) making his felony a misdemeanor “for all purposes.”  The appellate court agreed with Gebremichael and found the Commission on Teacher Credentialing had improperly applied Education Code § 44346.1.  Gebremichael presumably later received his teaching credential.

Similarly, in People v. Gilbreth (2007) 156 Cal. App. 4th 53, 57, the court of appeal held that defendant could not be convicted of being a convicted felon in possession of a firearm when the predicate felony conviction had been reduced to a misdemeanor under Penal Code § 17(b)(3).

Moreno also argued that denying him a certificate of rehabilitation, because his felonies were reduced to misdemeanors, while affording such relief to convicted felons, denies him his right to equal protection of the law.  This argument has some allure, however, the court of appeal rejected this equal protection argument, noting that ex-felons whose convictions were reduced to misdemeanors are not similarly situated as felons eligible for rehabilitation.  The two groups are not sufficiently similar according to the appellate court.

Consequently, Moreno lost his appeal.  We think this ruling is a good lesson for those who are eager to have a felony reduced to a misdemeanor.  A more far-sighted approach is often valuable to take in case the individual would really or ultimately prefer a pardon.
The citation for the First Appellate District Court ruling discussed above is People v. Mark Anthony Moreno (1st App. Dist., 2014) 231 Cal.App.4th 934.
For more information about the issues in this article, click on the following articles:
Contact us.