How’s a Juvenile Carjacking Adjudication Not a Strike?

In a Nutshell: Carjacking, when committed by a juvenile and no dangerous or deadly weapon is allegedly used, is not an offense under Welfare & Institutions Code § 707(b), so it is not a strike, which means it cannot be used as a sentence enhancement if defendant later faces a criminal charge as an adult.

In 2001, Brandon Craig Brown, then 17, with charged as a juvenile with carjacking, Penal Code § 215(a) and unlawful driving or taking a vehicle, Vehicle Code § 10851(a).
Neither of these crimes are listed under the Welfare and Institutions Code § 707(b) list of offenses that constitute a strike.
Mr. Brown admitted the petition and the juvenile court, in Los Angeles County, sustained the petition.  The judge ordered Mr. Brown detained in a six-month camp program.
After Mr. Brown was released, he committed numerous crimes as an adult in March, April and May 2003 in Los Angeles, San Bernardino and Riverside County.  The crimes included second-degree robbery in 2003 and was sentenced in 2007 in Riverside County to 13 years in state prison.
He was also convicted of two counts of second-degree robbery in Los Angeles County in 2003 to twelve years and eight months in state prison, with the judge finding that Brown had a prior strike for his juvenile carjacking adjudication.
In 2004, in Orange County, he pled guilty to two counts of second-degree robbery and the judge sentenced him to two years in state prison, with the judge there finding Brown had a prior strike for his juvenile carjacking adjudication.
Also, in 2004, in San Bernardino, with Earl Carter as his attorney, he pled guilty to carjacking, two counts of attempted second-degree robbery and three counts of second-degree robbery.  The information alleged that Brown suffered a prior strike for his juvenile carjacking adjudication and that he used a deadly weapon in the 2004 carjacking, subjecting him to a sentencing enhancement under Penal Code § 12022(b)(2).  Brown accepted a plea bargain of 20 years and eight months, to run consecutive to a four-year term imposed in Los Angeles for a total term of 24 years and eight months. 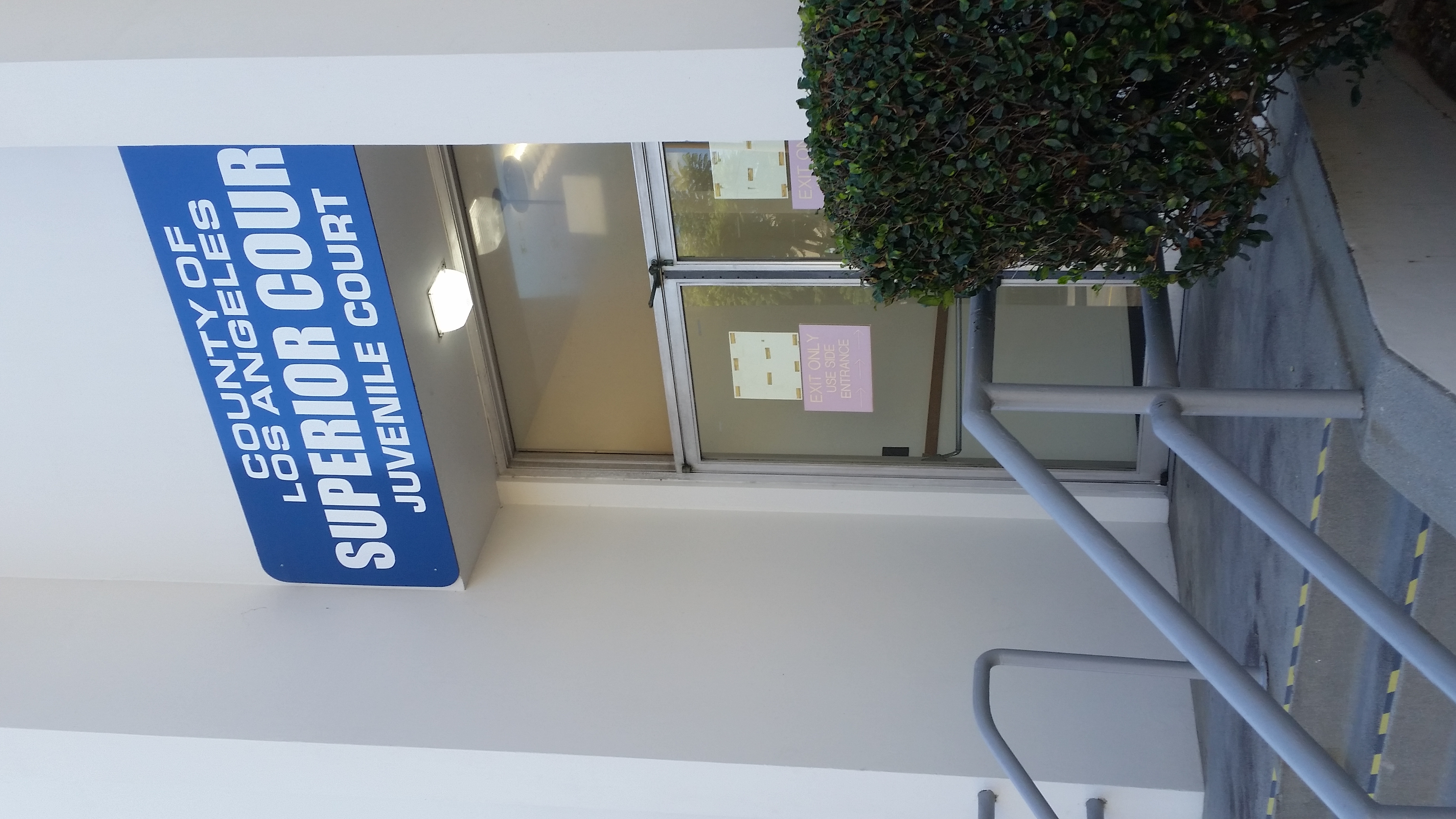 Juvenile Court Inglewood
In 2017, for reasons that are not clear, a public defender in the San Bernardino Public Defender’s office was looking through Brown’s file and realized that he had erroneously been sentenced for a strike in error.  The public defender noticed that the complaint had not alleged that he used a deadly or dangerous weapon in the carjacking, which is required to make it a strike under Welfare and Institutions Code § 707(b), so his adjudication was just a felony.  Consequently, his 2004 sentence was calculated in error.
Brown then filed a petition for writ of habeas corpus, arguing that he had been erroneously sentenced and that he demanded to withdraw his plea and be released from custody.
The San Bernardino Superior Court agreed that he had made a prima facie case entitling him to relief and set an order to show cause hearing as to why Brown should not be allowed to withdraw his plea or be resentenced as if he did not have a strike.
In response, the People filed a return, arguing that Brown really did use a deadly or dangerous weapon in committing the carjacking while as a juvenile and said that the judge could keep the conviction as a strike.  In support of this, the People attached the probation officer’s report from Brown’s juvenile case.
The San Bernardino judge hearing the matter disagreed with the People, citing to People v. Gallardo (2017) 4 Cal.5th 120 that the trial court would exceed its jurisdiction if it looked beyond defendant’s record in a prior case.  That kind of factfinding would be prohibited.  The judge then resentenced Brown to a total sentence of eleven years in the San Bernardino case (down from 20 years and eight months) and five years, eight months on the two subordinate cases out of Los Angeles County and Orange County.  This decreased his total sentence by eight years.
The People appealed to the Fourth Appellate District, agreeing that the prior conviction as in the record does not qualify as a strike, but argued that the trial court could look to the probation report.  In In re Brandon Craig Brown (2019 DJDAR 1731), the Fourth Appellate District affirmed the trial court, finding that Gallardo was controlling on this issue.
The citation for the Fourth Appellate District Court ruling discussed above is In re Brandon Craig Brown (4th App. Dist., 2019) 45 Cal. App. 5th 699.
For more information about “strikes” under the California Three Strikes law and carjacking in particular, please click on the following articles:
Contact us.
Serving Torrance, Long Beach, Compton, Airport Courthouses and Other Courthouses.