Our client was upset when a local veterinarian burned his dog’s ear off while performing surgery on the dog’s knee.  After all, the knee was not even located close to the ear.  It was hard to understand how this could happen.

In a Nutshell:  Hermosa Beach, client allegedly utters threats and promises to use gun, felony criminal threats charges in Torrance Superior Court reduced to a misdemeanor after one year, during which time the client attended 26 anger management classes and performed 30 days of community service.

Our client, subsequently at the vet’s office, asked the vet how his dog’s ear was burned off.  The vet responded callously, “you want me to sew it back on or something?”

Our client, with no prior criminal record, became upset with the vet’s sarcastic remark and told him so.  The vet, fearing a civil malpractice action, then falsely claimed our client threatened him with a gun and called 911.  In reporting the incident to the police, the vet complained that our client threatened to beat him up and only after perhaps five minutes of questioning, added “and then he threatened to shoot me with a gun.”  Had this truly happened, the vet most likely would have brought this up to police at the outset of any questioning.

The vet further bolstered his fabrication by telling Hermosa Beach Police that our client promised to leave, get a gun, and return to the vet’s office.  In other words, the vet embellished the claim to elicit a police reaction.

Our client did not even own a gun or know anyone who owned a gun.  The vet, in other words, was taking the old adage of “the best defense is a good offense” into practice by claiming he was a victim to bury his own malpractice.

The Hermosa Beach Police took the veterinarian’s claims seriously, at least on paper, because a gun was involved, the vet was a wealthy taxpayer and a high-profile community activist.  Our client was charged with felony criminal threats (Penal Code § 422) in the Torrance Superior Court. 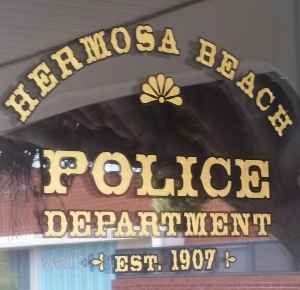 Our client first opted for representation by the public defender, but quickly became disenchanted with her lack of zeal.  He said the public defender did not want to listen to him or even take a close look at the police report’s inaccuracies.  The client then called our office after the Preliminary Hearing, as he was concerned that he might end up with a felony conviction on his record.

Our office thoroughly reviewed the police report with the client and assembled a Defense Position Letter with a Mitigation Packet, consisting of our client’s “Good Guy” packet with letters of recommendation, certificates of commendation, diplomas and letters of support.  The client had graduated from a prestigious southern university, where he had played varsity football at the Division I level all four years.  In other words, he was a hard worker, able to achieve goals and smart enough not to invoke physical force to solve problems, as he surely had such physical size to do so.

Our office then put together a Motion to Reduce Charges to a Misdemeanor under Penal Code § 17(b)(4), arguing that the client’s otherwise clean history and the overblown nature of the case supported reduction of the charges to a misdemeanor.

The Torrance judge denied the motion, citing to the seriousness of a gun being involved, but brought the prosecutor and Greg Hill to his chambers, where he suggested a disposition.  The deal proposed was that the case be reduced to a misdemeanor after a year if our client completed 26 anger management classes and performed thirty days of community service –and not “pick up” any new charges over the next year.

Our client accepted the deal.  Had our client rejected the deal and proceeded to trial, he faced a maximum term of three years in state prison, as well as a strike on his record, as criminal threats is a strike offense.