Our client, age 25, was leaving the downtown Hermosa Beach bar area after celebrating Cinco De Mayo with friends.  She had drank a few margaritas over the last four hours.  It was now about 2:10 a.m.

A Gardena Police Department officer patrolling along Sepulveda Boulevard near the intersection with Artesia Boulevard pulled over our client as she transitioned from northbound Sepulveda to eastbound Artesia. 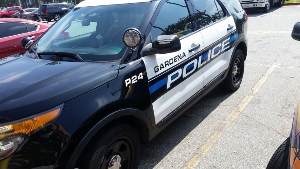 The reader may wonder if it is permissible for a police officer from a city many miles away is permitted to make such a traffic stop outside “his area” and the answer is yes.  In this case, he was acting as part of a DUI Task Force that Hermosa Beach organizes around events anticipated to involve more DUI drivers.  There were also officers from El Segundo and Palos Verdes Estates participating by patrolling in Hermosa Beach.

The officer making the stop told our client that she had made the right turn without using her turn signal.  Apparently to him, this was a violation of Vehicle Code § 22108, which obligates a driver to activate the car’s turn signal for 100 feet prior to making a turn.

The officer then asked our client to submit to a breath test at the scene.  Our client agreed.  Her breath was measured at 0.08% blood alcohol content (BAC) and she was promptly arrested.

Our client had no prior criminal record, so being arrested was scary and confusing to her.  She cried and was worried about what would happen.  Once at the Hermosa Beach Police Station, she submitted to a blood test and a further breath test, which also showed 0.08% BAC.

When she was released by the police, our client called Greg Hill & Associates.  She then met with Greg Hill, who listened to the facts and especially the reason for the traffic stop.

In Carmona, a La Habra police officer pulled over Paul Carmona for failing to use his signal when making a turn.  The officer asked Carmona if he was on parole and Carmona said he was.  The police officer immediately conducted a search of Carmona’s car and found methamphetamine and other drug paraphernalia.  He was then promptly arrested and later charged with possession of a controlled substance, as well as other crimes.

Carmona filed a motion to suppress evidence under Penal Code § 1538.5, arguing that the police made an improper traffic stop because he did not violate § 22108 since no other driver was affected by Carmona’s turn.  The Fullerton trial court judge denied the motion, but on appeal, the appellate court reversed.  Consequently, all evidence seized after the traffic stop, everything needed to convict Carmona, was ruled inadmissible.

The same approach was applicable to the evidence in our client’s case in Hermosa Beach, Greg Hill argued at the DMV hearing.  Greg explained how Carmona should control the analysis at the DMV, meaning the DMV would have no evidence of our client’s BAC to suspend her license.

The DMV agreed and our client’s driving privileges were reinstated.  Our client was relieved and happy.