This response was not the response the other woman anticipated, so she remained quiet for about ten minutes.

The Gardena Police Department then arrived at the couple’s apartment to find our confused client and an alleged victim still locked in the bathroom.  Our client insisted she had done nothing wrong, but police still took her into custody. 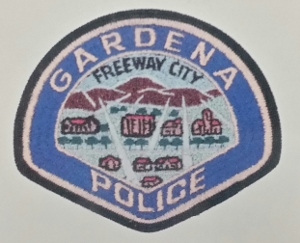 Police then spoke to the alleged victim, who apparently claimed some form of injury being sustained from our client.

Our client was held for felony domestic violence.  Her father posted a bail bond for the $50,000 bail as a condition of her release.  Our client was shocked, as well as confused.

Her father was extremely angry at the turn of events and called Greg Hill & Associates for his daughter.  He had similarly been arrested for domestic violence years earlier on charges his wife fabricated.  He knew that a good attorney could have made a difference for him.

The father and the client then met with Greg Hill.  Greg listened to the story as told by the client and the father shared his experiences with our criminal justice system.  Greg explained the overall approach of our firm in getting the police report early, or at least requesting it immediately, and then ironing out the facts first, the law second and the resolution last, taking into account not only the facts and the law, but who the client was as a person in terms of prior criminal history, educational background, employment history and community involvement.

In this case, our client had just started a new job with AT & T and had immediately established herself by setting several sales records.  She was also a college graduate of a four-year college.
After the client was retained, Greg then called the Gardena Police Department and wrote them a letter concerning the case.  Greg spoke to the handling detective and shared with him the facts that the police never asked our client about, or even let her explain.

As the arraignment date neared, Greg called the same detective again twice, but the detective did not return either call.  The father of our client called Greg many more times, demanding to know why the case had not been dismissed yet.  In each call, Greg had to explain patiently that no case had yet been filed, so there really was no case to dismiss yet.  This did not seem to placate the father.

At the arraignment date, the client and Greg appeared in the Torrance Superior Court.  At first, the case had not been filed, so the client and Greg waited and waited until almost noon.  At that time, the Torrance District Attorney’s office finally made the decision not to file a case against our client.  The client, and especially her father, were very happy indeed.
While we may never know what led to the decision not to file the case, we would like to think that our communication with the handling detective, asking him to take a second look at the case facts for a fabricated injury, was important.
For more information about the issues involved in this case, click on the following articles:
Watch our Video about Domestic Violence by clicking here.