Our client from Arizona was in town for a wedding for a few days.  The groom was his brother, who was a few years older than our client, age 23.

Summary in 45 Words or Less:  Client, age 23 and in town from Arizona for his brother’s wedding, ticketed in downtown Fullerton for public urination.  Case dismissed under Penal Code § 1385 as the judge found that a civil compromise had been reached under Penal Code §§ 1377 and 1378.

The friends insisted upon buying our client a few craft beers, some of which were strong.  He was enjoying himself and before he knew it, it was 2:00 a.m. and time to leave. 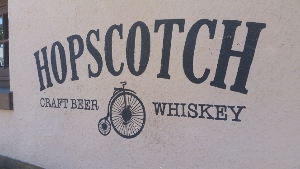 The group was heading back to the car to return to the hotel when our client felt the need to find a bathroom.  As it was past closing time, all the bars were closed.  So our client did what he thought would be appropriate: he found an area of bushes and urinated into the bushes so that there would be no puddle and the urine would absorb into the dirt.

Unfortunately, a Fullerton police officer driving by did not think this was so appropriate and stopped his car.  The officer asked for our client’s identification and explained that public urination is illegal in Fullerton.  Our client explained that he did not know, but admitted to the conduct.  The police officer then had our client sign a promise to appear in court in about two months and handed him the ticket.

Our client wadded the ticket into his pocket and rejoined the group, assuming the ticket involved a $10 fine or something similar that he could simply pay by mail from Arizona.

The wedding then took place and our client returned to Arizona, only to read the ticket a bit closer and then search on the Internet for more information on such a ticket.  He read a few websites from law firms that suggested he may have to register as a sex offender and another one that discussed a maximum penalty of six months in jail.

He called a few law firms and discussed the facts with several attorneys, but could not afford the retainer fees they described.

Then at 4:15 p.m. on the day before his arraignment, he called Greg Hill & Associates.  He spoke to Greg Hill, who quoted him a fee lower than any other firm the client had previously called.  The client described it as “about half” of what the other law firms charged.  Greg also described exactly how such a case would be handled in the Fullerton Courthouse.  The client told Greg that he was the only one who seemed to know what he was talking about.

Greg then appeared on the client’s behalf the following day, with the client’s resume in hand.  Greg first spoke with the Fullerton City Attorney who handled such cases and briefly explained that the client had no prior criminal record, was very young, employed and not even living in Southern California, but Arizona.

Greg then went upstairs one floor, made the $300 donation and received a receipt showing this.  Greg then brought this to the Fullerton City Attorney who agreed to ask the judge to dismiss the case in the interest of justice.

The judge then called the case and the Fullerton City Attorney advised the judge that the parties had reached a civil compromise and that he wished to dismiss the complaint in the interest of justice (under Penal Code § 1385).  The judge granted the dismissal.

Greg then explained to the client what had taken place in court.  The client was very happy with the dismissal and avoiding a conviction and then being on probation.