Our client, age 22, went out to downtown Fullerton with two of his old friends from high school.  Our client had recently graduated from Cal State Fullerton and was about to start his first full-time job.
The trio went bar-hopping to several bars, including The Blue Door and The Republic before staying to play billiards at The Syndicate.
At 2:00 a.m., they left The Syndicate and walked around looking for their car.  None of them could remember where they parked, which they thought was funny.
After they figured out where they had parked, our client decided to urinate in an alley off of South Euclid, behind The Blue Door bar.  Our client had just finished when a police officer in a car pulled into the alley and illuminated our client with his headlights as he was zipping up his fly.
The officer asked our client if he had been urinating and he admitted that the indeed had.  The officer then got out of his car and asked for our client’s driver’s license, which our client provided.  The officer then filled out a ticket and had our client sign a promise to appear in the Fullerton Superior Court in a few weeks.  Our client signed the ticket and the officer drove away.
Once the client woke up in the morning, he showed his father the ticket.  His father then called Greg Hill & Associates, asking questions about how such misdemeanor offenses are resolved.  The father was quite worried that a conviction for a misdemeanor would cause his son’s employer to rescind his job offer.
Greg and the father spoke at length about how such citations are handled in the Fullerton Courthouse and how Greg had resolved many in the past.  The son then retained Greg Hill & Associates.  Greg then asked the son to provided Greg with his resume, a photocopy of his college diploma and proof of employment (a paycheck, with the amount blackened out). 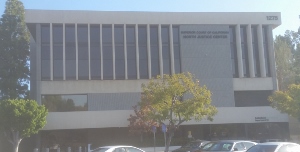