Our client, with no prior record and age 48, was arrested while in the act of having sex with a prostitute near Koreatown in downtown Los Angeles.  He was in his car with the female in the backseat.  They were both naked.  It was a residential street.

Our client was ashamed personally and concerned professionally how his arrest would affect his employment.  Our client worked as a software engineer nationwide for large, Fortune-500 type companies that performed extensive background searches.  Our client would typically work for short periods of time, perhaps two weeks to two months for one company on a single project.  He would then work for a different company in a similar manner, so he was constantly subject to background checks.

In the Downtown Los Angeles Courthouse on Bauchet Street (prostitution cases no longer go to this courthouse – instead they are assigned to the East Los Angeles), our client was charged with violating Penal Code § 647(b), also known as solicitation of prostitution.

Before the arraignment, our office assembled a “Good Guy Packet” to show the prosecutor our client was a good guy and worthy of diversion in the Prostitution Diversion Program (PDP), a program in Los Angeles County.  We emphasized his age, lack of a prior record and his professional accomplishments.  We also urged the prosecution that such a plea bargain would be the right thing to do in light of his employment situation, where such a conviction would penalize him much more due to the frequent background checks.

The City Attorney handling the case agreed with our suggestion and allowed our client to “earn a dismissal” by completing the eight hour PDP program and staying out of trouble for one year.  Upon completion of the year, the plea would be withdrawn and the case dismissed. 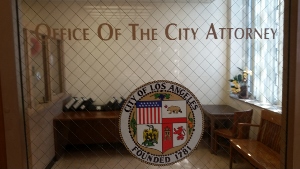 Our client was happy to be offered this program.  He will avoid a conviction on his record and therefore maintain his clean record, which will mean this unfortunate arrest will not scar his career.

It merits mention that this case was completely resolved prior to January 1, 2015.  After January 1, 2015, AB2124 came into effect in Los Angeles County only.  This is a pilot program effective for five years that allows a judge to order diversion under certain conditions for low level misdemeanors such as this matter.

Our office has made many motions for imposition of diversion under AB2124 (legislated into effect at Penal Code §§ 1001.94 to 1001.98) and we would have preferred to do so in this case, had it been available.  Under AB2124, the judge – over the prosecutor’s objection – can order diversion for certain individuals in certain crimes.

An individual is eligible if he or she does not have any convictions in the last five years and is not a Penal Code § 290 registrant (registered sex offender).  The person also must not have been offered diversion in the past.

The offense must be one involving no violence or a sex offense (prostitution is not considered a sex offense).  The program is not available for DUI, domestic violence, or any offense originally a felony that was reduced under Penal Code § 17(b) to a misdemeanor.  Judicial diversion sunsets (is no longer effective) on December 31, 2017, however, we suspect that other provisions within the Penal Code for diversion, such as the new mental disorder diversion (Penal Code § 1001.36) or simple diversion under Penal Code § 1001.1 may become more widely used to fill the void that is left by the end of judicial diversion.