Home
Other Information
Criminal Defense Articles
When Is a Juvenile's Confession to Police Involuntary?

When Is a Juvenile's Confession to Police Involuntary?

The use of an involuntary confession for any purpose in a delinquency proceeding violates a minor’s rights under the Fourteenth Amendment to the U.S. Constitution. Arizona v. Fulminenta (1991) 499 U.S. 279. 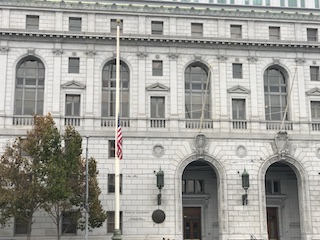 Elias V. and his friend, Hector T. lived in the same apartment complex.  Elias and Hector often played video games together.  Hector’s sister was A.T., who was three years old.

Aurora was horrified.  She asked Elias what was going on and Elias told her that A.T. asked him to take off her pants to go to the bathroom.  No one saw Elias touch A.T. in any inappropriate manner.

Aurora did not contact the police until seventeen days after alleged incident.  This later became an issue because Elias’s attorney claimed it was only after Aurora was served an unlawful detainer action to evict her and that Aurora contacted the police to halt the eviction.  In response, Aurora claimed Elias’s father supposedly talked to the landlord and encouraged him to evict Aurora and her family.  Aurora was well known to be constantly drunk and loud.

Detective Buchignani then interrogated Elias about the case, but not until four months had passed.  There were two more police officers present during the interrogation of the thirteen year old.  The officers read Elias his Miranda rights, which Elias then waived.

Buchignani then suggested that maybe Elias touched A.T. “out of curiosity.”  Elias wanted the interview to end.  After all, he was being held in a small office at his school, with three officers staring at him, and probably worried about what his peers were thinking was going on with him and the police.  He then relented and agreed that he only touched her “out of curiosity.”

At trial, Elias’s attorney asked the judge to suppress this statement by Elias, arguing that it was involuntary and thus, inadmissible.  The trial judge said no.

Elias's attorney then appealed to the First District Court of Appeal, which reversed the trial court.  The court of appeal agreed that under the totality of the circumstances, the “false-choice” strategy employed by the detective was surely confusing for a thirteen year old.  Moreover, the intense questioning of a young teenager in small office at school, by three detectives, no less, was “coercive” and made the statement involuntary. Thus, the adjudication against Elias (in juvenile court, a conviction is called an adjudication) was reversed.
The citation for the First Appellate District Court ruling discussed above is People v. Elias V. (In re Elias V.) (1st App. Dist., 2015) 237 Cal.App.4th 568.
For more information about the issues in this case, click on the following articles:
Contact us.
Serving Torrance, Long Beach, Compton, Airport Courthouses and Other Courthouses.