Mariano Anguiano-Morfin was removed to Mexico in 2010.  Shortly thereafter, he went to a U.S. port of entry and told the border agent that he was a U.S. citizen.  Mr. Anguiano-Morfin apparently believed the agent would then allow him to cross into the United States.

This ploy did not work, as Anguiano-Morfin was then arrested for violating 18 U.S.C. § 911 for making a false claim of citizenship.  He then was brought to the U.S., but in handcuffs and taken to a federal jail.  He was then tried in U.S. District Court for the Southern District of California in San Diego.

The Point of This Article:  A charge of making a false claim of U.S. citizenship requires that the jury find the claim was made deliberately with the intent to deceive another.  The defense that someone made the claim as a result of a delusion that he truly believed he was a U.S. citizen was unsuccessful in the following case, although it seems the court of appeal did not directly evaluate this defense.

At trial, his only defense was that he suffered from a delusion that caused him to genuinely believe that he was a United States citizen.  Thus, his statement to the border agent was not willfully false as required under 18 U.S.C. § 911, as it was not deliberately and purposely given to deceive the agent.  The jury did not believe him and convicted him. 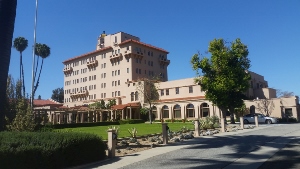 U.S. Ninth Circuit Court of Appeals Pasadena
Mr. Anguiano-Morfin appealed his conviction to the U.S. Court of Appeals for the Ninth Circuit.  He argued that the jury instructions were inadequate because they failed to stress the willfulness requirement of section 911.  He further pointed out a “district court’s failure to give a defendant’s requested instruction that is supported by law and has some foundation in the evidence warrants per se reversal, unless other instructions, in their entirety, adequately cover that defense theory.”  United States v. Marquet Pillado (9th Cir., 2011) 648 F. 3d 1001, 1006.
Consequently, the Court of Appeals first looked to see if the jury instructions that were given to the jury adequately covered Anguiano-Morfin’s defense theory.

In evaluating the district court’s instructions given, the appellate court noted that the district court enjoyed “broad discretion” in formulating the instructions and “need not give an instruction in the precise language proposed by a defendant.”  United States v. Hayes (9th Cir., 1986) 794 F. 2d 1348,1351.  In other words, the appellate court signaled here that Anguiano-Morfin’s appeal faced a decidedly uphill battle.

Anguiano-Morfin argued at trial that the willfulness element of § 911 means defendant must know that his representation of being a U.S. citizen is false.  The court of appeals agreed with this knowledge requirement.  The representation must be deliberate and voluntary, with the implied intent to deceive the listener.

The court of appeals then looked to whether the jury instructions given at trial properly directed the jury as to the willfulness requirement, especially concerning knowledge (of the statement being false).  The court of  appeals acknowledged that the subjective belief of defendant was an important element for the jury to consider.  Consequently the jury instructions needed to make that clearly a jury consideration.

The court of appeal, in evaluating the actual instructions, found them proper and sufficient.

Anguiano-Morfin further argued that the prosecution improperly impugned his expert, Dr. Lavid, by commenting on the expert’s trustworthiness and then vouched for the government’s expert instead.  The experts testified as to the knowledge of falsity issue concerning Anguiano-Morfin’s statement to the border agent that he was a U.S. citizen.

The court of appeals gave this appeal argument little weight, commenting that Anguiano-Morfin failed to demonstrate that the prosecutor’s comments “affected the outcome” of the trial and “seriously affected the fairness, integrity and public reputation of judicial proceedings.”  Puckett v. United States (2009) 556 U.S. 129, 135.

We found this opinion noteworthy for the judicial restraint shown in the face of arguments that strained credibility.  The court of appeal abstained from any sarcasm in evaluating the appeal, which was commendable.
The citation for the Ninth Circuit ruling discussed above is U.S. v. Mariano Anguiano-Morfin (9th Cir., 2013) 713 F.3d 1208.
For more information about fraud claims, click on the following articles:
Contact Greg Hill & Associates