What to Take Away:  Cooking meth when there is a child under age 16 present, a sentencing enhancement to manufacturing meth, elevates a county jail sentence to a state prison sentence.

Vega eventually pled no contest to a charge of manufacturing a controlled substance, methamphetamine, a violation of Health and Safety Code § 11379.6 (a), including a special allegation that the offense took place in a structure where a child under the age of 16 was present (§11379.7 (a)).  He agreed to five years in state prison.

Vega’s attorney and the prosecutor agreed that the 11379.7 (a) allegation meant Vega was ineligible to serve the agreed upon term in county jail and instead had to serve it in state prison.  The sentence was three years for manufacturing the illegal substance and two consecutive years for the presence of minors where the manufacturing took place. 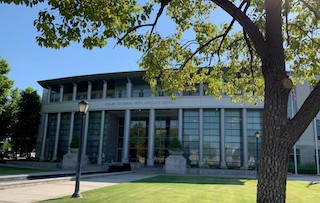 The trial court agreed with the CDCR and resentenced Vega to county jail.

Moreover, the People argued that Legislature did not carelessly overlook Health and Safety Code § 11379.7 when drafting AB109 or intend to include it in the Realignment Act.

Defendant, now with a different attorney than when originally sentenced, argued that the enhancement must follow the punishment for the base term because the enhancement is not an offense at all.  Therefore, county jail was proper.

The Fifth District Court of Appeal, in starting its analysis, noted that this case is “one of first impression.”  In other words, no court had considered the issue and ruled in a published opinion on what to do.

The Fifth Appellate District evaluated the trial court’s analysis by finding that it failed to first determine if Penal Code § 1170 (h) applied.  The trial court did not evaluate if the enhancement was addressed by 1170 (h) and in fact it is not.  Thus, the sentence for a violation of Health and Safety Code § 11379. 7(a) is only punishable with prison.  A violation of this section is not eligible for custody time in county jail at all.

The appeals court next addressed the fact that 11379.7 (a) is only an enhancement and not the underlying offense.  However the court stated, “we concluded the legislative intent generally is to include enhancement provisions in the initial determination of whether sentencing under 1170 (h) applies.”

In other words, Vegas’s claim that there was a distinction between an underlying offense and an enhancement was a distinction without a difference.  The appeals court therefore ruled that because the term imposed pursuant to the enhancement calls for confinement in state prison, the entire term imposed must be served in state prison.
The citation for the Fifth Appellate District court ruling discussed above is People v. David Vega (5th App. Dist., 2014) 222 Cal.App.4th 1374.
For more information about AB109, click on the following articles: