Confession Inadmissible When Defendant Not Mirandized?

In perhaps half of the initial consultations our office conducts, a potential client will ask if the police committed misconduct by not reading him or her Miranda warnings.  The follow up question is whether the case can be dismissed based on this failure.
Our answer is usually not what the potential client wants to hear.  We first ask if the potential client gave some type of confession or admission.  If this took place, we ask what were the circumstances under which he or she told the police such information.
In the majority of cases, our answer is that the admission or confession is admissible because the person was not in some type of prolonged detention or the questions from police were asked in the hustle-bustle of initial fact finding.
However, in the following reported decision, a trial court admitted a defendant’s confession and on appeal, the appellate court found that the trial court had erred.  As this type of Miranda violation is unusual, we present the following case summary of People v. Manuel Saldana (2018 DJDAR 554) to illustrate when someone must be “Mirandized” before answering questions.

The Gist of this Article: The following case exemplifies the rare situation when an admission is improperly admitted in violation of Miranda because the police failed to “read the suspect his rights,” meaning his right to remain silent and have an attorney present.

Manual Saldana, age 58, was a Mexican immigrant with a sixth-grade education.  He had no significant criminal history.  Three young girls, ages 6, 8 and 11, told police that he committed lewd acts upon them in the trailer park where he lived.
The appellate court noted that “from the outset,” the children’s claims were open to question.  Apparently, the parents of these children left their children at home alone and the children were told to entertain themselves by watching soap operas on television.  Such soap operas often have adult themes and the children would then act out the episodes themselves.  In fact, the day before the children accused Saldana of molesting them, they watched an episode that involved child molestation. 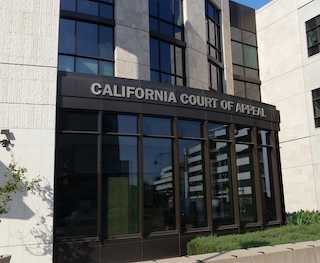 Court of Appeal 4th District Division 3 Orange County
However, in a police station interrogation, Saldana confessed to inadvertently touching two of the girls outside their clothes on the vagina area.  During trial, the jury watched a video of Saldana confessing this and during jury deliberations, they asked to watch it again.
Before trial, Saldana asked the judge to exclude his confession because he was not given the Miranda warning before he said what was videotaped.  The trial court denied Saldana’s motion.  The jury then convicted Saldana and the judge sentenced Saldana to prison (the term was not specified).
Saldana then appealed the judge’s ruling on the motion to suppress his confession and the Fourth Appellate Court reversed in Saldana’s favor.
The Fourth Appellate District found that Saldana was subjected to a custodial interrogation.  It noted that while Saldana voluntarily went to the police station for questioning and he was not handcuffed before questioning – and that the detective began by telling Saldana he could leave, the detective closed the door and began a “persistent, confrontational and accusatory” interrogation.
The court noted that for about 40 minutes, the detective used classic interrogation techniques designed to convey two things.  First, the interviewer’s rock-solid belief that the suspect is guilty and all denials will fail.  Such tactics include making an accusation, overriding objections and citing evidence, real or fabricated “to shift the suspect’s mental state from confident to hopeless” (citing to In re Elias V. (2015) 237 Cal.App.4th 568, 583).
Second, the detective gave the suspect moral justification and face-saving excuses for having committed the crime, a tactic that “communicates by implication that leniency in punishment is likely with a confession.”  In re Elias.
In Saldana’s interrogation, the detective told him “it looks bad” and that “I have information that it happened,” “I want to get to the truth” and “you’re not telling me the truth.”
Saldana denied the accusations more than 25 times, but the detective persisted.
Finally, he said he touched two of the girls inadvertently outside their clothing.
The court noted that “except for being caught red-handed, a confession is often the most incriminating and persuasive evidence of guilty – an ‘evidentiary bombshell’ that frequently ‘shatters the defense’” People v. Cahill (1993) 5 Cal.4th 478, 497.  It then lamented that since Miranda, the United States Supreme Court has expressed concern that such types of interrogation “can induce a frightening high percentage of people to confess to crimes they never committed.” Corley v. United States (2009) 556 U.S. 303, 321.  “Estimates of false confessions as . . . the cause of error in wrongful conviction cases range from 14 to 25 percent.” Elias V., supra, 237 Cal.App.4th at 578.
The judgement was therefore reversed.
We appreciate the courage that the Fourth Appellate District showed in this ruling and applaud its ruling, as police continue to coerce confessions every day.  We have had many clients explain such experiences and believe it is far more widespread than even the Elias V. court estimates.
The citation for the Fourth Appellate District Court ruling discussed above is People v. Manuel Saldana (4th App. Dist., 2018) 19 Cal.App.5th 432.
For more information about Miranda issues, please click on the following articles:
Contact us.
Serving Torrance, Long Beach, Compton, Airport Courthouses and Other Courthouses.