Compton, Washing Title Case on a Used Car, No Prison

Our client, age 33, looked every part the hardened gangster – tattoos from head to toe, a definite swagger and he had suffered the loss of his own brother by murder.  He had also been shot himself.  He lived in Compton.
However, he had a very minimal criminal history of only one possession of marijuana conviction (pre-Prop 64) and one driving on a suspended license conviction.  He worked as a commercial painter for a large real estate company and had a steady job as a supervisor there.
One day, an acquaintance offered to sell him a used 1998 Chevy Camaro for $3,500.  The car’s title was then washed by changing it to our client’s name at the DMV (the VIN matched on the seller’s title to the title on the car), but the seller warned our client that if he was ever stopped by the police in the car to take off the VIN plate (our client only knew of one such plate by the windshield, but there are many on the car in other places as well) and to take the license plates, too.  The client did not really understand why the seller told him to do this, but he remembered this advice.
The Camaro needed some work after our client bought it, so our client replaced the grill, the rims, the tires, all four seats inside and installed a new stereo system.  The car’s appearance looked much better after our client put almost $6,000 of improvements into the car.  He was proud of the car and his investment. 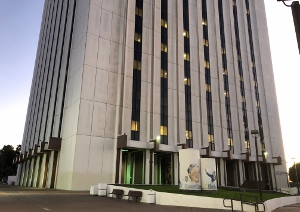 The problem was that our client was told that the car was stolen, although not in so many words.  While the VIN on the dashboard would match the VIN on the vehicle registration and title, there was something about the car that the seller knew was still a problem.
This may have never been a problem at all until one day when our client was returning home from work and he fell asleep while driving.  He awoke to a crash of his car into the back of a gardener’s beat-up old Ford pick-up.
Our client then recalled the advice of the car seller, so our client immediately removed the license plates and kicked out his windshield to remove the VIN plate on the dashboard.
He then ran away from the scene without leaving his name and insurance information with the driver of the gardening truck.  He left his car there, but left some of this papers (bill and paycheck stubs) in the car.  Police found such papers and went to our client’s home to talk to our client.
The fact that our client removed the license plates and the VIN plate near the dashboard was recognized by police as something someone would do if the car was stolen, but using legitimate plates and a legitimate VIN number.  Thus, the police “ran” the VIN on the engine block and found out the car was stolen from the true owner in La Habra.  The VIN on the car was for a Chevy Camaro indeed, but one another Camaro on sale online that the auto thief had then manufactured in a machine shop.  The license plates also matched the car for sale online, as did the title and registration.
Police, when they talked to our client, asked him where he bought the car and from whom.  They asked our client if he knew the car was stolen and he told police that he was told to take the license plates and the VIN with him if he ever got in trouble with the car.
Our client was then arrested and later charged with receiving stolen property (Penal Code § 496d), a felony, and hit and run (Vehicle Code § 20002(a)), a misdemeanor.
The client at first used the public defender, but the best plea bargain she could negotiate was one for three years in state prison and two points on our client’s license due to the hit and run.
The client then hired Greg Hill & Associates.  Greg then appeared in the Compton Courthouse and negotiated a deal, over many appearances, that had to hit and run dismissed.  The client pled to the 496d as a felony and was placed on three years of formal probation with a three-year joint suspended suspension, no jail, but he had to perform 300 hours of Cal-Trans and pay restitution to the gardeners ($6,500 for the property damage repairs and his loss of income) and $15,600 to the original owner of the Camaro.
The client was greatly relieved to avoid any time in custody or points on his license, as he needed to work to support his family and having any more points on his license would have caused the DMV to suspend it, preventing him from continuing to work.
For more information about receiving stolen property, please click on the following articles:
Contact us.
Serving Torrance, Long Beach, Compton, Airport Courthouses and Other Courthouses.