Areas of Long Beach Boulevard and the side streets directly off Long Beach Boulevard, especially in Compton, are packed with prostitutes at times and hence, police often set up sting operations there.  The vice sections do so in response to local businesses that complain about the situation, i.e. “johns” who may make U-turns in areas where it is illegal, toss used condoms from cars and prostitutes who litter fast food bags along the street, not to mention drug use by both the johns and the prostitutes. 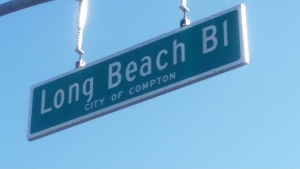 At about 6:00 p.m. on a Friday in the middle of summer, our client approached a police officer posing as a prostitute (a decoy) along a side street off Long Beach Boulevard.  The prostitute was part of a larger police sting operation to discourage prostitution in certain areas by arresting johns in the area.
Our hapless client drove his car alongside the officer who was walking along the sidewalk and dressed as a prostitute.  He complimented her on her appearance.  The officer asked him why he was in the area and the conversation quickly shifted into specific prices for certain sexual acts.  Our client allegedly then showed the cop that he had money and she instructed him to meet her at a nearby motel.

An experienced john will often use gestures, such as flashing money, to communicate with a prostitute, rather than talk because it is well-known that police decoys often use a miniature recording device to record conversations to document the agreement to exchange money (or drugs) for sex, which is the crux of the crime of soliciting prostitution.

Johns and prostitutes often also use street slang to describe money and various sex acts, but the language is often well-known by police and does not mislead anyone.

Our client pulled into the motel parking lot and was told to go a certain room (called a “take down room” by vice cops).  He did so.  As he entered the room, deputies arrested him.

Our client, age 28, had no prior record of any sort.  He was extremely ashamed of the arrest and concerned a conviction would cause him to lose his job as a truck driver.

He then retained Greg Hill & Associates and discussed the facts with Greg Hill.  Greg then appeared in the Compton Superior Court for the client (as is permitted in most misdemeanors, but here it was especially important for the client to avoid embarrassment from possibly being seen by co-workers or neighbors there for jury duty).  Greg was given the complaint, which charged our client with violating Penal Code § 647(b), solicitation of another for purposes of prostitution.

Greg discussed the case with the prosecutor, who was quite sympathetic to the client’s employment situation.  She offered him diversion wherein he simply had to get tested for HIV and AIDS and attend an AIDS prevention class.  Greg accordingly continued the arraignment.

Our client accepted the deal and attended the class, plus underwent the HIV and AIDS test.  Greg returned to court about six weeks later with documentation from the client showing he was tested for HIV and AIDS and attended the AIDS prevention class.  The District Attorney then dismissed the complaint.

Our client did not even enter a not guilty plea.

Our client was quite happy, as his record remained clean, with no convictions.  He would keep his job.

The reader should note that this case was from 2013.  Since 2018, the Los Angeles District Attorney’s Office has taken a considerably stronger stance against human trafficking and all crimes, including prostitution, that seem to sustain or encourage human trafficking.  Consequently, the type of resolution in this case is no longer common.  Instead, it is common for prosecutors to seek a conviction for violating Penal Code § 647(b), with the client attending such a class and undergoing the HIV and AIDS test, but then being on informal, or summary probation for two or three years.