Our client, age 26, was returning home to Harbor City from a bar in Hollywood. He was coming south on the Harbor Freeway, also known as the 110 Freeway, where the speed limit is 65 miles per hour. It was about 2:15, as he had left the bar just before closing time of 2:00 a.m.

At this hour, police know that many motorists are returning home after the bars closed. So, when a CHP officer at Rosecrans Avenue, on the 110 in the far-right lane was passed by our client, allegedly going 95 miles per hour, the CHP officer immediately suspected our client was DUI.

The officer gave chase and positioned his car behind our client’s Mercedes. He illuminated his overhead lights and our client pulled off the 110 at Sepulveda Boulevard, several miles south of where he first spotted our client. Our client pulled into the first parking lot he could find at the exit to the freeway. This was a convenience store right at the foot of the freeway. 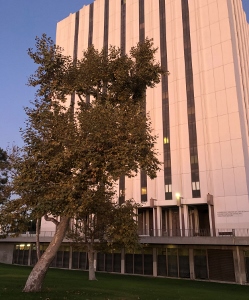 According to the CHP report, the officers did not notice any objective signs of intoxication in our client for 21 minutes after the traffic stop, however, once they did note such signs (odor of alcohol, slurred speech, unsteady gait, bloodshot – watery eyes), they launched into field sobriety tests of our client, including a preliminary alcohol screening (PAS) test. At the scene, our client’s breath was measured at 0.13% blood alcohol content (BAC) and he was arrested.

He was taken to the CHP office on Hamilton Avenue, just about two miles north, back up the 110 Freeway, just off the Torrance Boulevard exit. Our client submitted to a further breath alcohol test, which measured his BAC at the same 0.13% level. He then was held for about six hours and then permitted to leave, after signing a promise to appear in court in Compton Superior Court about two months later.

Upon being released, he called Greg Hill & Associates and spoke to Greg Hill immediately about his arrest for DUI. It was his first DUI. He worked in the medical field and he was worried about jail time and then missing work. He then met in person at the office the same day.

The client explained the facts of the case and Greg explained what he expected to happen. He did explain the 23582 punishment of sixty days in county jail for excessive speed, but commented that prosecutors often do not charge this. He also explained how the client’s lengthy wait to even be questioned by the CHP seemed to constitute a prolonged detention in violation of recent U.S. Supreme Court law in Rodriguez v. U.S. Supreme Court, a 2015 case, wherein Justice Ruth Bader Ginsburg ruled that a traffic stop is much like a stop and frisk described by the famous case of Terry v. Ohio (1968) 392 U.S. 1. Its duration is legal as long as it is limited to the amount of time needed to address the reason for the stop. If the stop is prolonged for any longer, it is an unconstitutional prolonged detention, in violation of the Fourth Amendment’s prohibition on unlawful searches.

Greg then went to the Compton Superior Court for the client’s arraignment and much to the client’s relief, the prosecutor did not allege the 23582-sentencing enhancement of sixty days minimum in county jail. The officer, however, included a $500 fine, rather than the minimum $390 fine, and the six-month alcohol program, rather than a three-month minimum program, due to the speed and the client’s BAC.

However, over the following three court appearances, Greg plea bargained the case to minimum punishment, arguing that a motion to suppress under Rodriguez v. U.S. Supreme Court could mean all evidence would be suppressed and the case dismissed. While Greg did not file such a motion, as he fully expected the officers to change the facts from those written on the police report (and the prosecutor acknowledged this was highly possible), the academic discussion did lead to better terms for the plea bargain, which the client accepted, with zero jail.

The client was happy with the resolution, satisfied that Greg fought for him and explained the process throughout while going to court on his behalf so he did not miss work.