Our client, age 42 and married, was driving home after work.  He got off the 91 Freeway on a street that friends told him was lined by prostitutes and he just had to see this for himself.  He was curious to see if it was as his friends described. 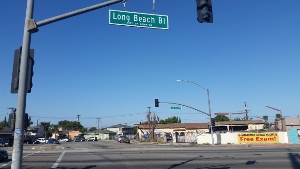 His curiosity got the better of him less than a few minutes after he existed the freeway, as he was arrested by the Major Crimes Bureau, Vice Unit, and the Lynwood Special Assignment Deputies along Long Beach Boulevard, just north of the 91 Freeway overpass.

He had pulled his car up alongside a female police officer posing as a prostitute and offered her $45 to engage in sexual intercourse.  It was about 5:30 p.m. on a Friday, during winter months, so it was dark out already.

Our client had no prior criminal history and was devastated by the arrest.  His wife’s disappointment in his judgement would be even more devastating when she came to the Compton Police Station to pick him up, which she did.

Making matters worse, police mistakenly charged him with a violation of Penal Code § 647(a), which is the code section for having sex in a public place, such as a public restroom in a park or an adult video shop or adult movie theater.  The charge has a stigma of gay sex and for our client, a married man, it carried with it a special stigma.  He feared his wife would question his sexuality and perhaps suggest a divorce.

The client came to Greg Hill & Associates explaining he had been arrested for solicitation of prostitution, but the charges he described as written on the ticket said otherwise.  The client explained what happened and how he was arrested.  Greg agreed that the charge on the ticket indeed appeared incorrect.  Greg then explained how he had resolved prior solicitation of prostitution cases filed under Penal Code § 647(b) in the Compton courthouse.

The case was then filed in the Compton Superior Court.

The reader of this summary may question whether pointing this out is a good thing to do, as maybe the complaint would be dismissed later.  This is indeed a tactic, but if the goal is to have the case dismissed early and the case has a high potential for diversion (as in this case), it is better to gently point this out to the prosecutor.

Because the client had no prior criminal history, the prosecutor responded as Greg had hoped.  The prosecutor offered a deal in which our client could plead to the section 647(b) charge and be allowed to withdraw his plea in 18 months if he stayed out of trouble for that time.  As a condition of plea, he had to pay a $50 fine, plus penalties and assessments (total owed would be about $250), to the Los Angeles Superior Court and had to attend an AIDS Education class.  This class costs about $65.

Our client accepted the deal, looking forward to later being able to withdraw his plea and have the case dismissed.

It should be noted for the reader that this case was handled in 2013.  Since then and particularly in 2018, the Los Angeles District Attorneys Office has taken a less gentle approach to such cases due to the political attention human trafficking has attracted.  Prostitution is traditionally seen as one of the more common ways a victim of human trafficking will be forced to pay off her travel to the United States, so police are more active in arresting those involved in prostitution and the District Attorneys are almost uniformly, refusing to offer diversion as was offered in this case.  Instead, “johns” are often only offered a plea bargain that involves a plea to a violation of 647(b), meaning the person will be so convicted and then served time on informal, or summary probation.