Our client and her friend were walking home from their middle school in Compton.  They had left the campus and were about 100 yards from the school.  While walking, they had been teasing another student, but nothing physical in nature.  Suddenly, the other student turned around and attacked our client.

Distilled Down:  Our client, age 13, tackles friend and then punches and kicks fellow student after school, charged with battery (Penal Code § 242); case dismissed after informal diversion from Compton Court.

In self defense, our client fought back and her friend joined the melee.  A fellow student captured the event on her cellphone video recorder.  The three students fell to the sidewalk and grass, pulling each other’s hair and kicking.  Our client then found her way on top of the original aggressor and delivered several quick punches, but none connected directly.  No one suffered any cuts or even a bruise.  No other lost any hair.  All the girls involved weighed less than 90 pounds.

Within twenty seconds, it was all over.  Or so our client thought.

That evening, the Carson Sheriff’s came to our client’s home to speak with our client.  The next day, our client was suspended from school for five days.  Her friend met the same fate, which the “victim” bragged about the event to mutual friends.  Worse yet, the mother of the “victim” openly talked about a civil action of suing our client’s parents.

The police then visited our client a second time and issued citations for both our client and her mom to appear in the Compton Superior Court juvenile court in about a month.

Our client’s mom called our office and arranged a meeting.  Greg Hill met with the client and her parents, who were extremely concerned about their young daughter being sentenced to jail.  Greg listened to the story about the events and explained that he thought nothing too serious had happened.  In fact, Greg had handled several similar cases in the past.

Greg predicted the case would be handled through informal diversion (and dismissal) or through the Welfare & Institutions Code § 654 program for pre-filing diversion.  Greg gave the parents an article he had written about the 654 program. 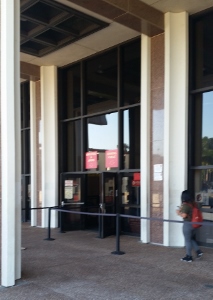 Compton Courthouse
On the day of the arraignment, the Compton District Attorney assigned to the case, who Greg knew well, discussed the case with Greg.  Greg and the prosecutor discussed the facts, the self-defense issue, mutual combat issues, the client’s youth and no prior record.  He showed the prosecutor our client’s good grades and explained she played soccer year round.  She had no drug or alcohol use.  Greg said he thought diversion was probably the appropriate way to handle the case.

The prosecutor agreed and referred the matter back to the probation department for evaluation for the 654 program.  Greg did not enter any plea to admit or deny the petition, which charged our client (and her friend) with a misdemeanor level violation of Penal Code § 242, simple battery.

The probation department rejected the case for such treatment, but instead assigned it to informal diversion through the Restorative Community Conferencing Program, also known as the Restorative Justice Program.  This meant that the client never entered a plea at all.

Our client and her parents then were assigned a meeting with Restorative Justice center director.  A plan was devised that involved our client discussing her anger management skills and writing a short letter of apology to the alleged victim.  Our client was also assigned 40 hours of community service.

She and her parents then had several progress hearings in court with Greg and the judge on the 12th floor of the Compton Courthouse.  At each hearing, the judge would review a progress report from the Restorative Justice Center and look at our client’s school report card.

After six months in the program, the program recommended to the judge that the case be terminated.  The judge agreed.  The prosecutor then made a motion to dismiss the petition and the court granted it.

The client’s parents were quite happy, as their daughter was now a freshman in high school.

Greg Hill then undertook to have the police report sealed and destroyed under Welfare & Institutions Code §§ 781 and 781.5.