It is quite rare for a judge to suppress evidence of child pornography based on a search exceeding the scope of a warrant and upon finding there otherwise was no probable cause to search for such evidence, but a judge in San Jose did this and the court of appeals affirmed.

The Reader’s Digest Version: Evidence of child pornography suppressed when warrant described the premises to be searched as only one of three residences at a certain street address, but officers proceeded to search a second residence, finding such child pornography on the laptop of a police officer living in the second residence.  The important fact to this case was the police officer could not access the Internet signal that the house identified in the warrant had.

This remarkable case arose when the San Jose Police Department investigated child pornography on the Internet in their area.  Police identified an IP (Internet Protocol) address used by a Comcast account sharing child pornography online.  The IP address allows the device to be identified and located by other devices.  When a user connects to the Internet through a router, the user’s Internet service provider (i.e. Comcast) assigns an IP address to the user’s router. 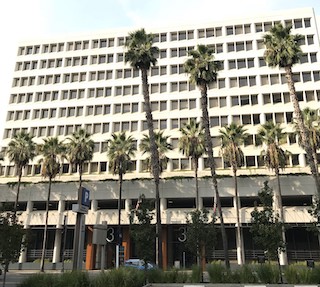 Sixth Appellate District Court of Appeal, San Jose
Police then used Google Maps to get an overhead view of 309 South 23rd Street.  The website showed two district structures on the lot; a house facing the street and a second structure behind the front house.  The rear structure was behind a fence at the end of a drive way.  An office who later went to the property said the only structure he could see over the fence was a garage.

Police obtained a search warrant for the residence at 309 South 23rd Street, describing the appearance of the front door of only the front house from the street.  The warrant also authorized the search of any and all yards, garages, carpets, out buildings, storage areas, and sheds assigned to the premises.  While searching Reynold’s house, the police discovered defendant Kevin Nguyen living in a separate residence behind the house.  The police then searched Nguyen’s residence and found a laptop also with child pornography.  Police also seized a computer in the Reynolds house.

Police searched for wireless network signals in the area in front of the house.  There were no “open” wireless networks, i.e. networks unprotected by a password.  This meant that Nguyen could not access the Comcast IP address used by Reynolds to share the child pornography.

Police also determined that Nguyen was a police officer for the Mountain View Police Department.

The prosecution charged Nguyen with one count of possessing child pornography (Penal Code § 311.11(a)).

Nguyen moved to quash and traverse the warrant and to suppress the fruits of the search under Penal Code § 1538.5. Nguyen argued that nothing in the warrant established probable cause to believe his residence had any connection to the network with the suspect IP address.

The People appealed the trial court’s ruling to the Sixth Appellate District.

In People v. Kevin Nguyen (2017 DJDAR 5394), the Sixth Appellate District affirmed the trial court’s ruling, expressly finding the police did not act in good faith reliance on the warrant.

The Sixth Appellate District agreed that Nguyen’s house was neither a garage nor an out building, such that it fell outside the express, specific terms of the warrant.  Moreover, there was no evidence that the suspect network could be accessed from Nguyen’s residence.

The appellate court agreed with Nguyen that the warrant failed to meet the requirement of the Warrant Clause of the Fourth Amendment because it did not describe Nguyen’s residence “with particularity.”  Nguyen’s residence much larger than a garage, shed or outbuilding, so it was clearly not included in the scope of the warrant.

We appreciate this ruling and hope that the same ruling would have been made if Nguyen had not been a police officer.
The citation for the Sixth Appellate District Court ruling discussed above is People v. Kevin Nguyen (6th App. Dist., 2017) 12 Cal.App.5th 574, 219 Cal. Rptr. 3d 124.
For more information about suppression of evidence issues not involving traffic stops, please click on the following articles:
Contact us.
Serving Torrance, Long Beach, Compton, Airport Courthouses and Other Courthouses.