Home
Other Information
Criminal Defense Articles
Can a Judge Impose a GBI Enhancement and VC 23558 Also?

Can a Judge Impose a GBI Enhancement and VC 23558 Also?

When a DUI accident results in death and/or great bodily injury, it can seem audacious for a defendant to challenge his sentence as being improperly long.  However, if a sentence is improper, no one should passively accept it, no matter how heinous the underlying crime may be.

About This Article Briefly: A judge may not lawfully impose both a great bodily injury enhancement (Penal Code § 12022.7(a)) in a DUI and a consecutive two-year sentence enhancement for bodily injury to multiple victims in a DUI (Vehicle Code § 23558) because it violate Penal Code § 654’s prohibition against imposing more than one injury-related punishment for the same victim.

The DUI case of Stuart Elder exemplifies this situation.  He drank several glasses of wine at a Pebble Beach restaurant in Monterey County with friends and then drove off into the night in his Cadillac Escalade with his girlfriend.  He was barreling down a two-lane road at 70 miles per hour in an area where the speed limit is 25 miles per hour.

He veered momentarily into opposing traffic, colliding with an oncoming car going 22 miles per hour.  The two occupants of the other car were killed instantly.  The passenger riding in Elder’s car was injured, suffering a broken wrist and a torn labrum in her hip.  Following the collision, after police arrived and arrested Elder, his blood alcohol content was measured at 0.17%. 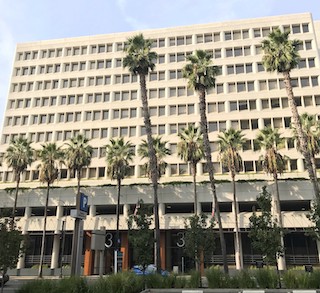 Court of Appeal Sixth Appellate District San Jose
The judge sentenced Mr. Elder to thirteen years in state prison based on two years (the middle term) for the conviction for 23153, three consecutive three-year terms for the three separate Penal Code § 12022.7(a) enhancements (great bodily injury) and then a consecutive two-year term for bodily injury to multiple victims under Vehicle Code § 23558.

The reader may read this and wonder if it is a duplicative punishment for a single act, and thus illegal under Penal Code § 654(a), to sentence someone for great bodily injury and then also injury to multiple victims for the same victims.

Mr. Elder recognized this, too, and appealed the sentence to the Sixth Appellate District, as well as appealing on multiple other grounds on unrelated issues.

The Sixth Appellate District, in People v. Stuart Andrew Elder (2017 DJDAR 3979) agreed with Elder on this sentencing issue.  The appellate court cited to People v. Arndt (1999) 76 Cal.App.4th 387, which considered the same exact issue but with a prior version of Vehicle Code § 23558, before it was amended later in 1999.

Vehicle Code § 23558, as the reader may know, provides that if a person is convicted of violating Vehicle Code § 23153, Penal Code § 191.5 or Penal Code § 192 and causes injury or death to more than one person, defendant shall be sentenced to a one-year enhancement in state prison for each additional injured person.

The court in Arndt found that imposing the 23558 enhancements in addition to the three-year enhancement under Penal Code § 12022.7(a) (for great bodily injury) violated Penal Code § 654 because two injury-related enhancements were applied for the same victim.

Vehicle Code § 23558 was then amended to provide that the one-years enhancement would apply notwithstanding Penal Code § 1170.1(g).

The issue thus presented to the court in Elder was whether the amendment to 23558 affected application of Arndt to allow sentencing under 23558 and 12022.7(a).  The Sixth Appellate District looked at the plain language of 23558 and considered it in light of the general prohibition of 654(a), ruling that 23558 could not apply if 12022.7(a) already did.

Consequently, the case was remanded back to the trial court for resentencing, which means the sentence will most likely be reduced to eleven years in state prison.
The citation for the Sixth Appellate District Court ruling discussed above is People v. Stuart Andrew Elder (6th App. Dist., 2017) 11 Cal.App.5th 123, 217 Cal. Rptr. 3d 493.
For more information about sentencing issues, please click on the following articles:
Contact us.