Our client was known well by the local police, not just for her lengthy criminal history, but because she was a friend of a man who successfully had sued the police for a civil rights violation, receiving millions in a highly publicized settlement.  Making matters worse, the man was apparently back to selling drugs.  Police were eager to arrest him and even the score.

Synopsis:  Client, age 49, with 17 felony convictions, one a strike, charged with possession of methamphetamine and being under the influence of meth; initial offer 32 months state prison; case resolved for 50 narcotics anonymous (NA) meetings for a dismissal.

Our client was driving through Bellflower, just a few blocks from the Lakewood Sheriff’s Station, at about 1:00 a.m.  She was delivering food to an old friend who could no longer cook.  She had been clean and sober for about ten years. 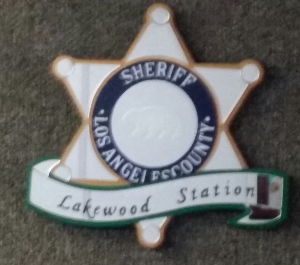 Her lights were off, although she thought they were on.  She was driving an old Mercedes with a faulty headlights switch, so she was constantly gluing it in place to keep it in place.  She had been doing this for months.  The glue kept drying out due to the heat in the electric switch and then falling out onto the car floor.  The glue was white.

Police excitedly pulled over our client, gleeful to see her driving without her headlights on.  Without pausing to ask her for consent to search her car, they quickly searched her car, getting down on their hands and knees to inspect the white glue flakes on the car floor.  Using multiple lights from two angles, the police carefully gathered up 0.26 grams of the white substance and pronounced it was meth.

Our client had no history of ever using methamphetamine.  Her drug of choice was cocaine, for which she had multiple convictions for possession.  She never touched any other drug.

Police then administered field sobriety tests, shining a bright white light in her eyes.  They observed her pupils were constricted, which they attributed to methamphetamine use.  They took our client’s pulse, which was 90, which they found high and attributable not to being nervous, but meth use.  They had her do certain field sobriety tests, which everyone fail, and they attributed the performance to meth.  They then arrested her.

The client indeed did have a lengthy criminal history, but she had turned her life around over the last ten years.  She had a nine year old daughter and a steady job.

The police were determined to see charges leveled against our client and then hope she would offer information leading to the arrest of her old beau.  At the police station, officers asked her repeated questions about her old friend, who she had not seen in about ten years.

The district attorney’s office in Norwalk filed the case and due to the client’s prior history, concluded she had relapsed into old ways.  The offer was 32 months in state prison (16 months doubled for her prior strike) on the felony possession charge.  The offer involved dismissing the misdemeanor being under the influence charge.  Curiously, the DA’s office did not charge her with DUI under a controlled substance.

The client called Greg Hill & Associates in a panic, knowing that 32 months in custody, even if reduced substantially while she was in county jail, would leave her daughter in a state of feeling abandoned and could lead to significant problems.  Her parents agreed to help out with her daughter, but could not do so for too long.

Greg met with the client and listened to her story.  He first had the sample retested, but it came back positive again for methamphetamine, leading Greg and the client to conclude that the sample must have been from another arrest of another person.

Greg then filed a Romero motion to strike a strike for purposes of sentencing, which the judge granted.  This reduced the offer to 16 months, but this was still too high.

The judge then offered to resolve the case for one year in county jail, but this was also too high.  The judge was not able to offer Prop 36 for the client because she had previously been on Prop 36 for two cases and he believed he could not refer her to the program a third time.

Greg then filed a motion to suppress all evidence because the arresting officer’s testimony at the preliminary hearing was tremendously ambiguous as to the evidence of our client being under the influence of anything except a bright white light and police harassment.

The hearing on the motion kept getting put off due to the police officers being unavailable.

Then on November 5, 2014, California voters approved Proposition 47 and the felony possession charge was reduced to a misdemeanor.  The district attorney then offered to resolve the case for diversion with 50 narcotics anonymous meetings, which our client happily accepted, knowing that she would not have to leave her daughter and her case would be dismissed once she attended all 50 classes.

Had Greg Hill & Associates not filed every motion that was reasonable under the facts and law, the case would not have endured to see the passage of Prop 47.  It would have ended with the client in state prison for sixteen months or county jail for at least a year.

For more information about the issues in this case summary, click on the following articles:
Watch our video about drug offenses by clicking here.