Our client, residing in Northern California, was with her family on a vacation in Palm Springs.  Previously, she had been to the area several times.  One thing she enjoyed was going to the Cabezon outlet mall (called the Desert Hills Premium) and shopping at the Gucci and Saint Laurent stores in particular.  She often was able to buy some fashionable items at low prices.

In a Nutshell:  Shoplifting case out of Banning Courthouse.  Significant dollar value of items taken from two different stores by our 46-year-old female client, including a brief chase by mall security, but diversion granted, so our client avoided a conviction.

Age 46 and with no prior criminal history at all, our client allegedly took a scarf worth $374 from the Gucci outlet store after asking a sales associate to remove the sensor so she could try it on.  Once the sales associate turned around, our client left the store.  She then went to the Yves Saint Laurent store and picked up a red leather wallet worth $545.  She removed an electronic sensor inside it and then, hiding the wallet under her shirt, she walked out of the store.
The sales associate from the Gucci store called mall security immediately upon watching our client walk out of the store so brazenly.  Loss prevention in the Yves Saint Laurent store also realized what happened rather fast, as they saw our client suspiciously holding something under her shirt as she walked out and quickly found the electronic sensor left behind.  They, too called mall security.
Mall security first saw our client in the parking structure.  When our client realized they were looking to detain her, she immediately turned around and got into an elevator.  Security eventually found her and stopped her.  Our client admitted to taking the wallet and pointed to an area of the parking structure where she had dropped the wallet once she realized she was being followed as a suspect.
Once stopped, she also admitted to taking the scarf from the Gucci store.
The client was then taken to the Cabezon police station for processing.
Both stores were desirous of prosecution and the Riverside County District Attorney’s Office agreed, charging our client with one count of shoplifting (not two) for a violation of Penal Code § 490.5, “shoplifting.”
The client called Greg Hill & Associates, quite concerned about what would happen in court and how her otherwise clean record would be affected.  Greg spoke with the client for almost two hours, listening to her story and answering her many questions.  Greg recommended that she enroll in and complete the National Association of Shoplifting Prevention shoplifting prevention course, which the client promptly did the same day. 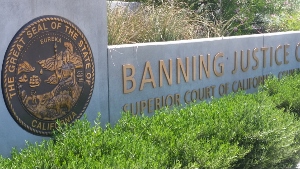 The client then retained Greg Hill & Associates.  She forwarded Greg her completion certificate from the shoplifting course.  Greg then later appeared in the Banning Superior Court at the arraignment.  Greg spoke to the handling prosecutor about the facts of the case, showing the prosecutor the shoplifting prevention course completion certificate and emphasizing how our client had no prior criminal history and how diversion would be the best, most fitting way to resolve the matter, especially given our client’s age (46).
Quite surprisingly, the prosecutor quickly agreed, offering the client the Riverside County PES (Pacific Educational Services) DEJ (delayed entry of judgment) program.  In this program, the client would be eligible to “earn” a dismissal by completing a six-hour online program costing $275. 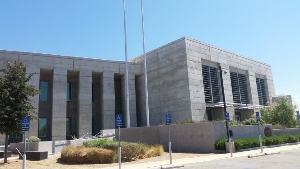 
The client was very happy with this, as she greatly feared losing her job due to having a conviction, especially for a crime involving dishonesty.  She had worked for the same company for well over twenty years and it would have been devastating to be fired at her age 46, especially because her family, including her three young children, needed her income.  She quickly completed the program and Greg later appeared back in the Banning Courthouse with the client’s PES completion certificate.  The judge then dismissed the case.
For more information about shoplifting in general, click on the following articles:
Watch our Video about Theft Offenses by clicking here.