Our client, age 41, was a successful dentist, married to a beautiful wife and had two young boys.  However, he had a lapse of judgment and decided to meet up with a prostitute. 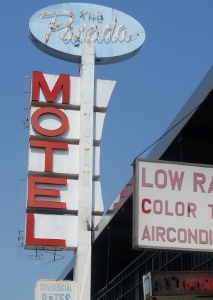 The prostitute caught his eye as he was driving along East Colorado Boulevard, almost at Rosemead Boulevard.  It was about 5:30 p.m.  He was passing by the Pasada Motel on the north side of the street and saw her.  She noticed he was looking at her, so she motioned for him to meet her behind the hotel and he obliged.

In a Nutshell:  Client, a licensed dentist, is cited for solicitation of prostitution in East Pasadena off Colorado Boulevard.  His license to practice his profession is subject to suspension or even revocation.  Greg meets with the head DA at the Alhambra Courthouse on an afternoon and resolves the case for DA diversion, preserving our client’s license.

She was wearing a pink tank top, blue jean shorts, brown sandals and less makeup than most prostitutes.  She looked as wholesome as a prostitute could look.  She was a police decoy.

Our client approached her and asked her if he could touch her breast.  She told him no, but that if he paid her $40, he could.  This response by the decoy made the proposed act an act of prostitution under Penal Code § 647(b), as touching a breast was “a lewd act between persons for money or other consideration.”

Our client, showing acceptance, further asked if that included a “suck and fuck” and she said yes.

However, our client still had to perform “some act, in addition to the agreement . . . in furtherance of the commission of an act of prostitution . . .”  He did this by pulling forward into the motel parking lot to park and then meeting the lady in a specific room.

However, our client never got that far.  Once he got out of his car to walk to the specific room, he was approached by two police officers who arrested him.

Our client had no prior criminal history, so he was mortified.  He was released at the scene upon signing a promise to appear in the Alhambra Courthouse in about two months.

The client immediately went on the Internet and was horrified to read that he could be spending up to six months in county jail.  This concerned him because of his dentist practice and his family.

So the client decided not to tell the attorneys he continued calling that he was a dentist.  One attorney who he called was Greg Hill.  Greg described what he expected to happen and that the case would most likely be dismissed after the client completed the Prostitution Diversion Program (PDP), as that is how a prior prostitution case Greg had handled in the Alhambra courthouse was resolved.  The client hired Greg Hill & Associates on this basis.

Greg then appeared at the arraignment and read the police report, wherein the client’s profession was described.  Greg realized that a no contest plea to such a charge, while no conviction might result, would nonetheless be treated as a conviction by the Dental Board of the State of California and the client would have to undergo separate disciplinary proceedings there, which could include suspension of his license.

The young district attorney handling the case was puzzled that Greg would not eagerly enter the client’s plea of no contest to then avail his client of a dismissal after he completed the one day, eight-hour PDP.

Greg explained to the young DA how the licensing boards worked and asked to meet with the supervising DA to see if he or she would amend the complaint to allege some other type of crime or allow DA diversion under Penal Code § 1001.50.

This was a god-send, as our client would not have to enter any plea at all, so there could be no adverse action by the Dental Board.  He would not be suspended or have his license revoked.

However, the terms of diversion were tough: ten days of Cal-Trans, attendance at the PDP ($660), payment of court fees of $300 plus penalties and assessments ($1,490) and an HIV test.  He was also ordered to stay at least 100 yards away from the Pasada Motel.

The client, however, was greatly relieved to know the case would be dismissed in one year once he fulfilled the obligations.