Airport Courthouse, 6.5 Pounds of Pot at Fed-Ex, No File

Our client was observed trying to mail a 6.5 pound and a 5.5 pound package, both containing marijuana at a Lawndale Fed-Ex store.  Our client did not use his real name on the packaging slip and was attempting to mail the package to Virginia.

The reader may think to himself, “well, no crime took place because nothing was mailed.”  This would be incorrect, as the client took substantial steps to transport the marijuana, presumably for sales.  After all, the client had completed a shipping label and even loaded the marijuana into a Fed Ex box for mailing.  All he needed to do to complete the transaction was to make a payment.

As he was exiting the parking lot, which is private property, he turned right onto Prairie.  Police then pulled over our client within twenty yards over for allegedly not using his right turn signal.  They then proceeded to ask our client about inspecting the inside of his car, although our client was not on probation or parole.  Our client refused, so police were forced to get a warrant.

Our client then waited at the side of the road while officers took about twenty minutes to electronically request a warrant and have a judge sign the warrant via e-mail.

Once armed with a warrant, police returned with a police dog, which was led through the car.  The dog found nothing, so police went in themselves and took out the two packages themselves.  Police then opened the packages, finding marijuana and arrested our client.

The client then retained Greg Hill & Associates, who wrote the Lennox Sheriff’s Department and received the police report.  Our firm then went to the Fed-Ex store to verify our client’s recollection of events. 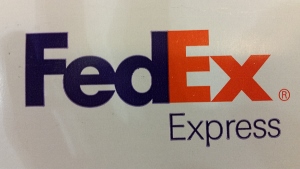 Our office then called the Airport Courthouse’s District Attorney’s office, explaining that the case, if filed, would be dismissed because the stop was obviously illegal, as it was for an illegal turn on private property.  Therefore, under the Exclusionary Rule, all “Fruit of the Poisonous Tree” would be inadmissible at trial.  As such, there would be no evidence to prosecute our client.

This argument was somewhat of a stretch, as we have made it before without success.  After all, the client was turning onto a public street and the Vehicle Code does apply to parking lots accessible to the public, even if private property, at least for certain offenses such as DUI.

While our client celebrated the “no file” and felt our office had made a crucial difference, we suspect the real reason the case was not filed was that the affidavit for the warrant or the warrant itself was defective in some way.  Regardless, however, our office brought attention to the case before filing and made the District Attorney look closely at it like it probably would not have if the case had proceeded in its customary manner to filing.