A Juvenile Court May Not Transfer Case to Adult Court

Juan G. was sixteen years old in early 2012 when he allegedly committed attempted murder and violated the terms of a criminal gang injunction.  The People filed separate Penal Code § 602 petitions in juvenile court against Juan G., alleging such violations.

What to Take Away: The following opinion, although issued prior to the passage of Prop 57, remains good law – a juvenile court judge may not transfer a case to adult court without a proper hearing.

About a month later, the People file a criminal complaint in Superior Court, charging Juan G. as an adult for an earlier attempted murder. 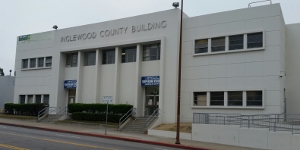 Such a hearing is required for a judicial finding that the juvenile is unfit to be dealt with under juvenile law.  If the minor is sixteen years or older and is alleged to have committed an offense other than one of the offenses listed under Penal Code § 707(b) (which includes murder and attempted murder), the prosecutor may request a fitness hearing.  The prosecutor has the burden of proof of establishing unfitness.

The court then must order an investigation and report by the probation department on the behavior patterns and social history of the minor.  The judge is then obligated to evaluate whether the minor is amenable to the treatment and training programs available through the juvenile court.  The judge is allowed to consider the criminal sophistication, criminal history and prior rehabilitation efforts of the minor and whether he has the potential for rehabilitation.

If the minor, such as Juan G., is alleged to have committed an offense listed under Penal Code § 707(b) and if over fourteen years old, a fitness hearing is not mandatory.  Because of the seriousness of the crimes listed under § 707(b), there is a presumption that the minor is unfit for juvenile court.  The minor then must persuade the judge that he is amenable to treatment under juvenile court programs. 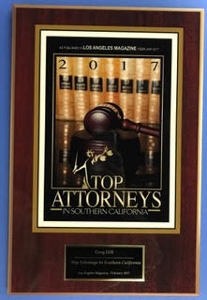 Here, in Juan G.’s case, the California Court of Appeal for the Second Appellate District (Juan G. v. Superior Court of the Los Angeles County (2012 DJDAR 14192)) found that there was no automatic transfer requirement or obligation on the juvenile court judge once he or she becomes aware of a filing against the juvenile in adult (superior) court.  While the juvenile court judge found Juan G. unfit, he did so informally, without a formal fitness hearing or complying with the procedural requirements of Penal Code § 707 (c).

In other words, the appellate court ruled that it was error for the juvenile court judge to transfer the two pending 602 petitions to superior court for prosecution based on that inadequate finding.  Under Manduley v. Superior Court (2002) 27 Cal. 4th 537, “where a statute confers a right to a judicial determination of fitness for a juvenile court disposition, the due process clause [of the U.S. Constitution]  requires that the determination be made in compliance with the basic procedural protections afforded to similar judicial determinations.” Id., at 566.