2 Public Urination Tickets in 3 Months, Infractions for Both

Our client, age 28, was ticketed for misdemeanor public nuisance (Penal Code § 372) for urinating on the front door of “The Yard” in Hermosa Beach.  It was just after 2:00 a.m. on a Saturday morning.  When asked why he was doing what the officer caught him doing, he simply said, “I really had to pee.”  In other words, his choice of where to urinate was not motivated by any particular anger towards “The Yard.” 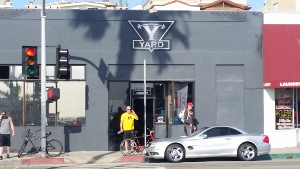 Brief Synopsis:  Client receives two public urination tickets in Hermosa Beach within three months.  The client fails to appear in court for the first ticket and then retains Greg Hill & Associates to handle both.

The client was handed a ticket, but then lost it and did not show up in the Torrance Superior Court for his arraignment about six weeks later.  The judge issued a $20,000 bench warrant for the client on that day. 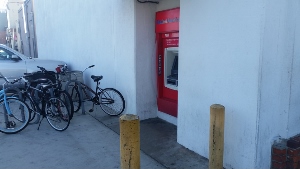 Coincidentally, the day after he was supposed to be in court for the above ticket, he was ticketed again for misdemeanor public nuisance for urinating on the trash can by the B of A ATM in downtown Hermosa Beach.  It was also about 2:00 a.m.  Officers noted that our client appeared quite drunk, but did not arrest him for public intoxication (Penal Code § 647(f)).  The client then got in a cab and was driven home.
After the second ticket, the client called Greg Hill & Associates and explained his two tickets.  He wanted to join the U.S. Navy, so he was quite concerned about the two misdemeanor tickets.  He also had an underage DUI from back when he was nineteen, nine years earlier.
The client explained the facts and expressed concern that he may have missed his first court date because he did not know when it was or what to do.  Greg Hill met with the client and listened to his concerns.  Greg explained how such Hermosa Beach public urination tickets were generally handled by the Redondo Beach City Prosecutor’s Office and how punishment generally was handled, but explained that having two tickets within three months meant the second ticket may not be handled like a first-time offense.
Greg then contacted the court clerk and was advised by her that the first ticket indeed was in bench warrant status.  Greg therefore immediately appeared on the first ticket and had the bench warrant lifted (also described as set aside or quashed).
The two tickets were then combined into one hearing date, but remained two separate cases.
When Greg appeared on both tickets, the Redondo Beach City Prosecutor commented that she had never seen someone with two such tickets so close in time to one another.  Greg expressed our client’s embarrassment over the matters and how he wanted to enlist in the U.S. Navy.
The prosecutor was in a good, sympathetic, perhaps even patriotic mood and agreed to resolve not only the first ticket, but also the second ticket on first-time terms, meaning she would amend the complaint in each case to allege an infraction-level violation of Penal Code § 374.3(a) (“public dumping”), dismissal of the misdemeanor charge, and a fine of $250, plus penalties and assessments (total fine is $1,130).
This was an unusually good resolution for the second public urination ticket, as the prosecution would be expected to increase the fine or add community service, Cal-Trans or community labor to the disposition because the first ticket clearly did not deter the same conduct from being repeated, especially here in such a short period of time.  However, the prosecutor chose not to do this in these cases for our client, which was good.
These would be expensive tickets for the client, but infractions rather than misdemeanors.  It meant our client would also avoid being on probation, so he could join the U.S. Navy if he was otherwise qualified (generally speaking, one cannot deploy overseas if someone is on probation).  The client was very happy with getting the two misdemeanor resolved as they were.

For more information about hit and run and diversion, click on the following articles:
Contact us.
Serving Torrance, Long Beach, Compton, Airport Courthouses and Other Courthouses.