Petitioner’s son, age 33, was the father of a thirty-day old baby.  The mother was nineteen years old.  The two parents were unmarried.  Petitioner was the grandmother of the baby.

Our client, age 40, was the mother of the nineteen year old mother.  She was also the other grandmother to the 30 day old baby.

Petitioner, age 64, and her sister discussed the problems the young couple were experiencing.  Petitioner spoke with our client over the phone about some type of living arrangement that could assure the baby of a good upbringing.

In Fifty Words or Less:  Restraining order against our client denied in Norwalk Court.  Photographs of petitioner refuted her claim that she was knocked unconscious, hurting her credibility as to the remaining allegations in her petition.

Our client’s mom commented that perhaps the young couple should place the baby up for adoption and if so, she, her daughter and her husband (age 35) would be more than happy to adopt the baby.

The nineteen year old mother instead challenged our client’s husband to a fight.  Our client and her husband, knowing that the baby’s father had a prior criminal history, decided to try to talk face to face to reassure him that they had no intention of adopting the baby. 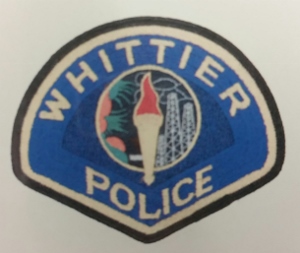 Greg Hill then prepared a lengthy brief in Opposition to the Request for a Restraining Order, complete with declarations from our client, her husband and her mom setting the record straight, as they were witnesses to this melee.  The brief also set forth section 527.6(b) and cases interpreting it which showed Petitioner’s request should be denied.

At the hearing, on cross-examination by Greg Hill, Petitioner admitted that the incident was an isolated incident and she felt no threat of future harm.  The Court denied the petition.  Our client was relieved, especially since she was in the midst of a job search.