Home
Other Information
Criminal Defense Articles
What Is Resisting Arrest under PC 148(a)(1)?

Resisting arrest under Penal Code § 148(a)(1) is the misdemeanor version of Penal Code § 69, which can be charged as a felony or a misdemeanor.  Section 148(a)(1) is violated when one obstructs an officer or EMT when the officer or EMT is performing his or her duties.  The prosecution must prove that defendant knew or should have known that the person affected was an officer or an EMT performing such duties.  To prove this, the prosecution will argue what a reasonable person would have realized or understood the nature of the obstruction.

In a Nutshell:  Resisting, obstructing or delaying arrest or an EMT is a common offense under Penal Code § 148(a)(1) when the officer affected is not injured.  It often arises in the context of a DUI or domestic violence matter.  The most effective defense is to show the officer or EMT was acting outside the scope of his proper duties, so defendant’s conduct was reasonable.

This charge is often alleged with other charges, so the focus of the prosecution is more often than not the other charges, such as DUI, domestic violence, a sex offense or a drug offense.

However, it is important to understand exactly what must be shown by the facts for the jury to convict a defendant of violating section 148(a)(1).  “Willfully” means on purpose. It does not mean that the defendant realizes his conduct is illegal; only that he intended to resist, delay or obstruct an officer or EMT. 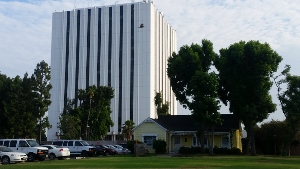 The phrase “performing his duties” is defined as making or attempting to make a lawful arrest, exercising custody over a person, detaining a person for questioning or using reasonable force to conduct a lawful detention.

The most common defenses to this charge are self-defense and claiming that the arrest was unlawful.  Both of these defenses arise from an officer using excessive force or performing an unlawful search.  For example, if an officer uses excessive force, he is not making a lawful arrest and a defendant can defend himself because the officer is not performing his duties anymore.  The self-defense used by defendant, however, must be reasonable under the circumstances.  Likewise, if a warrantless search is conducted and no exception applies to the general warrant requirement, a defendant’s resistance to officers is not a crime because the officers are not performing their official duties.

Often, resisting arrest is charged as a way to cover over police misconduct, to intimidate defendant into remaining silent.  When this is the case, it is wise for defense counsel to file a Pitchess motion to have the court order the production of the police officers’ personnel files.  The file can reveal a history of excessive force, racial profiling, coercing confessions or fabricating evidence, which can help impeach the police officer’s credibility about what really happened, or to refute false allegations by the police.

For more information about resisting arrest and related topics, click on the following articles: