Home
Other Information
Criminal Defense Articles
What Is House Arrest As an Alternative to Jail? Prison?

What Is House Arrest As an Alternative to Jail? Prison?

If you face a jail sentence, but also have enormous responsibilities at work and / or for your family, i.e. child care or an elderly parent, house arrest may be something you should request as an alternative to jail.  House arrest is specifically provided for at Penal Code § 1203.016, where it is called “home detention.”

The Reader’s Digest Version:  House arrest can a be job-saver and a much-welcomed alternative to staying in county jail when one is responsible for caring for someone with medical needs, however, it is usually reserved for first-time offenders, misdemeanors and non-violent offenses.  It is worth looking into to minimize the collateral effects of time in custody.

House arrest is restricted to those who are low risk, meaning non-violent, minimum security and usually first-time offenders.  The probation department (it is considered a term of probation) must approve it if it is a term of probation, so the request is often denied.  In our experience, we have had house arrest approved for clients charged with theft crimes and even sex offenses.  It is most often used, we find, in misdemeanor DUI cases.

We caution one to use great care in how to request this.  A judge and a prosecutor may have expressed their position that defendant must serve time in county jail, so if that is the case, we discourage one from seeking house arrest approval from the judge.  It is better not to have anything on the case docket specifically denying approval for house arrest and to instead seek this from the Sheriff’s Department at the jail once one is there. 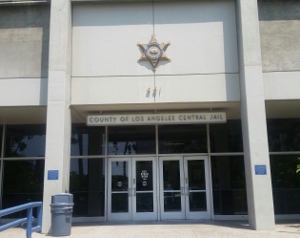 As mentioned, those who ask for and are allowed house arrest are then fitted with some form of electronic monitoring device.  Often, the individual is allowed to travel from home to work or school, so there is the potential for the abuse of such privileges.  When this is permitted, the individual is fitted with a GPS (Global Positioning System) device that transmits data twenty-four hours a day concerning one’s location.  The location of one’s school and/or work is then provided to the probation department so probation can compare one’s expected location to one’s actual location.

Such tracking is not free.  However, in Orange County there are programs that do allow reduced fees based on capacity to pay.  In Los Angeles County, as of September, 2012, the approximate “set-up” fee is $125, and then approximately $35 per day thereafter.  One must have a home telephone line, i.e. a land line, for monitoring to take place, although there is recent news that one can now do this through GPS tracking and a land-line is no longer required.

Likewise, the probation department can fit an individual, as a condition of house arrest, with a drug patch to allow random testing of the individual’s drug use.  Such patches record marijuana, methamphetamine, cocaine, heroin and PCP use.  The probation department will typically test such a patch once a week.  If such tests are positive for drug use, house arrest is not only terminated, but such a test would most likely be deemed a probation violation subjecting the individual to additional punishment and actual county jail time, most likely.

There are certainly some disadvantages to house arrest.  For example, with house arrest, some companies believe there is no credit for “good time / work time,” but this is incorrect and so fighting with the company to release someone at half-way is tough (it means less money for them)  This means that if one’s sentence is 120 days of county jail, but house arrest is permitted, the duration of the house arrest will be the full 120 days and no less.  Consequently, some prosecutors have commented to our office that house arrest generally is only feasible as an alternative to short county jail sentences of ninety days or less.