What Is Formal Probation? Difference From Summary Probation?

Formal probation is a way for one to avoid a jail term or prison term and remain living at home, continue working and hopefully, minimize the impact of a conviction.  Judges and prosecutors like to emphasize that any form of probation is a privilege and not a right.

The purpose of probation is to allow the person to become rehabilitated without being incarcerated.  The judge makes the final decision whether a person is placed on probation, taking into account certain “sentencing factors” that are set forth under California Rules of Court, Rule 4.414.  This rule lists out many factors in mitigation and in aggravation as to the offense and the person’s personal and criminal history.  Most often, the judge does not analyze each factor in a deliberate, rigorous manner, one factor after another, but he or she can.

Formal probation, often called “felony probation,” is not imposed only in felony cases.  In Ventura County, for example, a person convicted of misdemeanor DUI will be placed on formal probation.  In Los Angeles, Orange and San Bernardino Counties, however, this is not done. 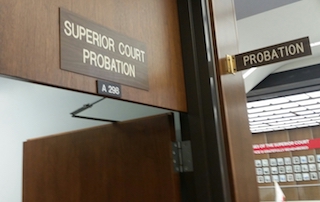 Probation Office
Formal probation typically lasts three to five years, depending upon the type of case and the severity of the conduct.  The less serious the case, the more likely three years will be imposed.
Formal probation is distinguishable from informal, or summary probation, in several ways.  First, formal probation involves an initial meeting with a probation officer, usually within 48 hours of a person being sentenced or being released from custody.  The probation officer will explain the terms of probation, such as performing community service or Cal-Trans, undergoing drug counseling or drug testing, payment of restitution to a victim (if applicable), the waiver of the right to demand a warrant from a police officer seeking to conduct a search and the right to travel.

Under Penal Code § 1203.7(b), when there is formal probation, the probation officer “shall” keep information about the probationer, including the person’s gender, age, “nativity,” residence (including who else lives at the location), education, “habits of temperance” (i.e. if one drinks or smokes), marital status, employment and the parents’ occupations.  This information is open for inspection by the judge or the chief of police or other head of police on demand.

Second, formal probation involves periodic monitoring by the probation officer.  This can be an in person meeting once a month, for example, a phone conversation or the person checking in at a kiosk, most commonly at a police station.  In some cases, often in sex cases, a probationer may be required to wear a GPS monitoring device so that the whereabouts of the person are known at all times. 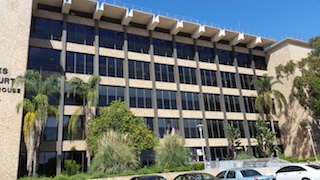 Not everyone convicted of a felony is eligible for formal probation.  There are certain offenses, i.e. murder, rape, mayhem, attempted murder, etc., that have “Mandatory State Prison” (MSP) terms.  In such cases, probation is not available.  Furthermore, there are individuals that because of their criminal history or because of past violations of probation, that the probation department will characterize as “not a suitable candidate for probation.”  The judge will read such an evaluation and more than likely, for public safety, follow the suggestion of the probation department.