Home
Other Information
Criminal Defense Articles
What Are the Deadlines for Extradition or Being Released?

What Are the Deadlines for Extradition or Being Released?

If someone in your family was arrested in California, perhaps at customs, for a warrant in another state, it can be quite confusing.  The police who take your family member into custody may have told you that your family member is a “fugitive” and may be subject to extradition to the “demanding state.”

In a Nutshell:  There are many deadlines involved in extradition matters, but the first and foremost one towards release or being taken to the demanding state is ten days for an arraignment, sometimes merged with an "identity hearing," also known as a probable cause hearing, and a formal extradition hearing.  There are many other deadlines that may apply, as laid out in this article.

To begin with, you may question whether your family member is a fugitive at all.  After all, this term invokes many stereotypes that may not fit your family member, who may not even be aware of the charges pending in another state and who may have no criminal history whatsoever. 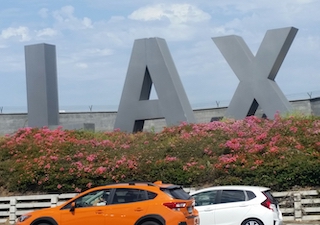 LAX
Once arrested, the person must be arraigned in a California court “with all practicable speed” (Penal Code § 1551.1), which is usually within a week and most often within 48 hours (Penal Code § 825).  If more than ten calendar days passes before an arraignment, then Penal Code § 1551.2 is violated, as 1551.2 guarantees an identity hearing, also called a probable cause hearing within this time.  It such a hearing is not conducted, the court can order the defendant released.

In other words, demanding an identity hearing can be unwise, as it exposes the defendant to 90 days of custody time, whereas waiving extradition limits the custody time to 30 days.

There are other time limits that apply for a defendant in the asylum state (California) for filing a writ of habeas corpus petition after being arraigned (“reasonable time” is the time limit under Penal Code § 1550.1) and for a fugitive to file a writ of habeas corpus after a judge orders the fugitive extradited (also “reasonable time” under Penal Code § 1555.2(e)), however, these deadlines are most effective in merely preventing extradition, but not for directly securing release of the defendant.