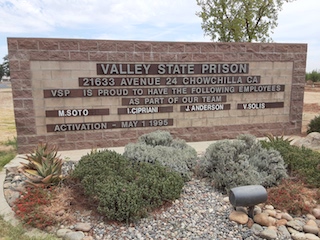 CA Valley State Prison
The prison, built in 1995, is located about 250 miles north of Los Angeles, or 20 miles north of Fresno along Route 90, near the City of Madera.  Valley State houses 1627 inmates (1,353 males and 274 females), below its stated design capacity of 1,980 inmates.
Two of the most notable prisoners who have served time there are Larissa Schuster, who was sentenced to life in prison without parole for murdering her husband by submerging his body in hydrochloric acid, and Julia Diaz, who was the first female prisoner to be denied parole under Marsy’s Law for the murder of a seven year old boy in 1979.
Serving Torrance, Long Beach, Compton, Airport Courthouses and Other Courthouses.