The Gist of This Article: Client, who had lived in Oregon for seven years, had two bench warrants out of the Torrance Courthouse for a probation violation and another for not appearing on a new case.  Client is notified of this by his employer in Oregon.  Greg Hill appears on client’s behalf in Torrance on both warrants and has each set aside and probation violation dismissed.

The judge handling the probation in the DUI then issued a bench warrant for $10,000 for a possible probation violation.

The client called Greg Hill & Associates and spoke to Greg, who listened to the client describe his problem, but who was not clear about the situation.  Greg’s law clerk then went to the courthouse and had the court clerk print out the two docket reports on each case.

The client was eager to get the matters resolved as soon as possible to allow business travel overseas with a new employer, who indicated he wanted to hire our client, but could not with the bench warrants outstanding.

With the docket reports in hand, Greg then called back the client and discussed a strategy by which Greg would resolve the 2008 case, either by seeking dismissal due to a violation of the Sixth Amendment right to a speedy trial (also called a “Serna Motion” (Serna v. Superior Court)), or seek to resolve the case based on an infraction, as a new judge in the Torrance Superior Court indicated a policy to resolve all 14601 and 12500 matters as infractions if possible.  Greg would then resolve the probation violation in the DUI by showing the 2008 case was resolved as an infraction or dismissed.

The client agreed with the proposed strategy.  About a week later, Greg went to the Torrance Courthouse and had each case added to the calendar for a bench warrant recall. 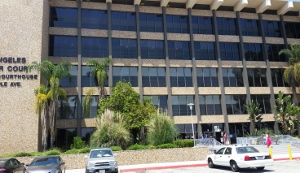 Torrance Superior Courthouse
When Greg looked at the 2003 case, he realized that while the docket report stated probation had been revoked when the bench warrant was issued, the judge actually did not do so.  Therefore, the docket report was wrong and probation had expired naturally in five years.  This meant the first bench warrant was quashed and should never have been issued since the judge lacked jurisdiction over the case once probation expired.

In the second case, the client had obtained a valid California driver’s license somehow, so Greg showed that to the judge.  The judge dismissed the 14601(A) count upon seeing the valid license.  Greg then asked the judge to dismiss the remaining counts under Serna, as described above.  The judge noted that our client had applied for a gun permit from Oregon, so he told Greg that his motion might not be granted if it was shown our client had not lived within California the entire time.  Moreover, when our client was cited for the four violations, he had signed a promise to appear in court, but never did.  In other words, the judge suggested, the motion might fail.

The judge then suggested that the prosecution offer an infraction to the 12500 matter (the right to a speedy trial does not apply to an infraction) with a $100 fine to resolve the case right then, meaning Greg could not to file the motion.  Greg agreed, knowing that the motion would probably fail otherwise, as the judge strongly suggested.

The client was very happy to have both bench warrants lifted, allowing him to get the new job with overseas travel, and happy to have the probation violation dismissed, as well as all misdemeanor charges in the second case.  He was further relieved to just pay $100, plus penalties and assessments (total about $520), on the second case.

For more information about probation violations, click on the following articles:
Contact us.
Serving Torrance, Long Beach, Compton, Airport Courthouses and Other Courthouses.