As in many communities, parking on public streets is often difficult.  While many people do have garages, they have used them to store personal items instead of using the garage for parking their car(s).  In other situations, many garages built thirty or forty years ago are too small for today’s SUV’s and pick-up trucks.  The result is that the streets become where cars are parked and parking can become competitive and contentious.

Along many streets in San Pedro, residents vie for parking spots, in part due the above factors.  Our client, an apartment renter, often parked in front of a house that a family had owned for decades.  The owner of the house insisted that because she owned the home, she enjoyed superior rights to parking along the public street in front of her house.  This, we all know (and we suspect the home owner knew this, too), it simply wrong. 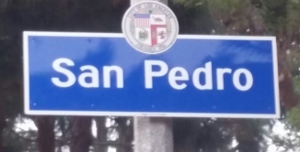 Whenever our client would park her car in front of the house, she would awake the next morning to find her car covered with trash, and often, with her tires deflated.  If she avoided parking in front of the house, her car would not be touched.  It became very easy to identify cause and effect based on the location of her parking at night.

When our client parked in front of the house during the day, she was verbally assaulted.  However, our client refused to make a fight over it or be bullied.  This incensed the homeowner, who then became more aggressive, telling our client that our client should move.

Our client did not respond, so the homeowner filed a request for a restraining order against our client, fabricating all sorts of claims of violence and threats (anything to get the restraining order and preserve the parking in front of her house).

At the hearing on the restraining order in the San Pedro Superior Court, the homeowner attempted to exaggerate her claims, but the Court sensed the overreaching.  The homeowner also admitted that there had been no stalking, harassment, unlawful violence or a course of conduct mean to intimidate, annoy or molest her.  The court denied the homeowner’s request.

Our client was very happy that we had defeated the neighbor’s attempt to attain a restraining order.

The judge probably appreciated too that had she granted the request, the homeowner would be emboldened to fire successive restraining orders against each and every further renter who dared to park in front of the homeowner’s house.  The judicial system recognizes when there is an ulterior purpose and seeks to prevent enabling this.