Our client was in town for a Saturday night with old friends.  He had grown up locally, but after graduating from high school and going away for college, he settled down outside California.

He had gone out to dinner with old friends and then enjoyed a few drinks. However, he felt he was safe to drive back to his hotel.  After all, it was only a few miles away, but taking a taxi and then having to return for his car the next morning just seemed like too much of a hassle.  After all, his car might be towed.

Without All the Details, What Happened?:  Hit and run by our client, possibly while DUI.  Client calls Greg on a Sunday morning and Greg contacts the Redondo Beach detective assigned to the case, eventually negotiating no filing of the case against the client.

He made it back safely to the hotel – at least until it came time to park.  He pulled alongside the curb, but decided to inch back and forth to get his car closer to the curb.  As he put the car in reverse and inched backwards, he hit the car behind him.  It surprised him.
He worried there was damage, so he got out to inspect the rear of his car.  There certainly was damage.  He knew he was probably above the legal limit, so he jumped back in his car and parked it in the hotel parking lot.

Unfortunately, three people allegedly witnessed the collision and called the Redondo Beach Police Department.  Our client quickly went to bed.  It was about midnight.

Eight hours later, he awoke, curious to look at his car in better light.  He looked for his car, but it was not where he parked it.  He therefore went to the hotel desk and asked if they knew anything about his car.  The concierge handed him a notice from the Redondo Beach Police Department that his car had been towed away as evidence.  There was a phone number for him to call the Redondo Beach Police Department. 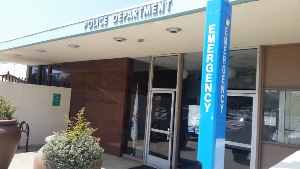 Redondo Beach Police Department
Our client called Greg Hill & Associates instead.  It was about 9:00 a.m. on a Sunday morning.  Greg Hill answered the phone and discussed the case with the client.  Greg commented that it was common for police to hold a person’s car as “ransom” to elicit a statement from someone who needed the car to return home, to work or whatever.  As the person became more and more anxious about missing work, etc., the person would become more and more likely to say almost anything, hoping that the car would then be released.  Greg described how the police were well aware of this and would lie about witnesses to a collision to get a confession from our client.

Greg advised the client to call the police to ask about getting his car back only, but to respectfully decline to answer any questions whatsoever about the collision or even that he was driving the car.

The client confided, too, that inside his car’s center console, there was a meth pipe with a small amount of meth residue in the pipe, as well as a small baggie of meth near it.  Greg understood that the interior of the car may have already been inventoried and the police may already be aware of the items.

The client followed Greg’s instructions, but the officer demanded that our client provide information about the collision before he could release the car.  The client respectfully declined the interview request and called Greg back.

Greg then spoke to the officer and demanded the return of the car.  The officer commented that the property damage was extremely minor, so why should our client worry?  Greg explained that in his experience, this is a common ruse by the police, so our client was skeptical.

The officer then said he would release the car only if our client provided his insurance information, an admission to driving the car and an admission that the collision was accidental.  If the client did this, the officer would recommend no prosecution and allow the two car owners to resolve the case through insurance.

Greg discussed this proposal with the client, who was more eager to get his car back (by the minute).  Greg explained that he would confirm the proposed agreement in writing with the officer and cc the Redondo Beach City Prosecutor.  Greg told the officer that his client would not cooperate unless the officer confirmed the agreement.

The officer then confirmed the agreement in a return e-mail.  Greg then provided the police with the information they requested and the police indeed did release the car.

The client was happy that Greg was available on a Sunday morning to help him out of a potentially life-changing problem.

For more information about hit and run, as well as shady police investigation techniques, click on the following articles:
Contact us.