Our client, age 22, was out with friends in Hermosa Beach. It was a warm, Santa Ana wind influenced late Spring evening, the kind that makes one want to enjoy the low humidity and warm weather as if it is summer already. A beer, or two or three, just seems to go well with this type of evening.

Our client was with three of her friends, who were enjoying the beer and margaritas a bit too much. The police were called and two were taken away in handcuffs to the Hermosa Beach Police Station. Our client and her other friend left the bar and went to the police station to try to have their friends released to them.

The Gist of This Summary:  Client crashes her car near the South Bay Galleria in Redondo Beach after hitting a large pot hole. Her BAC was 0.11%, but her time of last driving was unclear. Case filed in Torrance and resolved for wet reckless with standard DUI terms.

After about 45 minutes of jousting with the police to no avail, the client and her friend left the police station, discouraged. It was midnight. Our client was driving and had to drive her friend home over near the South Bay Galleria. Our client knew the route well and the drive should have only taken about ten to fifteen minutes from the Hermosa Beach Police Station. 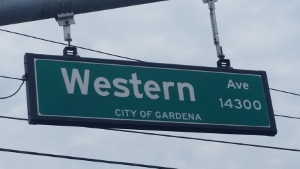 As the client and her friend approached the turn for her friend’s street, the car hit a large, freshly opened pot hole and the car lurched to the left, up the curb and into an electrical box used for the traffic light nearby. The car was totaled.

Our client reversed her car away from the location where she had come to a stop. She parked it nearby and fell asleep with her friend in the right passenger seat, also fast asleep.

The two awoke to an officer tapping on the driver’s side window. Our client woke up and got out of the car. Her English was not too good, so officers characterized her speech as slurred on the police report. She had just woken up, so officers characterized her movements as slow, which suggests intoxication by alcohol. The officers also wrote on the report that the client smelled of alcohol, but she was sleeping inside an enclosed car with another person next to her who had been drinking, too. Officers, however, attributed the odor of alcohol (alcohol actually is odorless, but the additives to it in beer and other drinks do smell) to her entirely.

The officers did not notice if the hood was warm or ask our client when she last drove or even when the car accident took place.

The first breath alcohol test was administered at 4:17 a.m. Our office pointed out to the Redondo Beach City Prosecutor that this was most likely more than three hours after our client last drove. Our client’s BAC, however, was 0.11%.

She was then taken to the Redondo Beach Police Station, where she submitted to a further breath test that measured the same blood alcohol content.

The Redondo Beach City Prosecutor then offered to resolve the first-time DUI as a reckless driving, also known as a wet reckless (Vehicle Code § 23103 pursuant to § 23103.5). The advantage to this plea would be that the client would avoid the DMV requirement of installing an ignition interlock device (IID), which she would otherwise be required to install in her car if she entered a plea to a DUI.

The terms of the wet reckless plea for our client were that she would be placed on three years of summary probation, on the following terms and conditions: that she enroll in and complete an AB541 (39 hour, 3-month) alcohol awareness program, pay a $390 fine plus penalties and assessments, attend a Mothers Against Drunk Driving (MADD) Victim Impact Panel (VIP) and pay restitution (repair costs) for the damaged traffic light control box.

Our client agreed to accept the wet reckless offered by the prosecutor, happy to avoid a DUI.

For more information about the rising BAC defense, DUI and a wet reckless, please click on the following articles: