Permitting Another to Carry a Loaded Firearm in a Vehicle

Our office has handled many cases where a seemingly routine traffic stop reveals many kilograms of methamphetamine, a DUI driver, a person in the car with an arrest warrant or a passenger with a loaded firearm.

In 50 Words or Less:  Conviction Reversed for Driver Permitting Another Person to Carry a Loaded Firearm in a Vehicle Because Crime Requires Driver’s Knowledge that Gun was Loaded.

This article will only address the law and facts necessary to convict the driver of Penal Code § 26100, which prohibits a driver from knowingly allowing someone to carry a loaded firearm in a vehicle (unless of course the driver is exempted in some way, i.e. a police officer).

As our office has often found, when the facts of a case are bad for a defendant, the simplest crimes are often not proven properly.  The following case summary exemplified this.

On July 8, 2012, Monterrey County Sheriffs pulled over a vehicle driven by Michael Ray Gonzalez.  Gonzalez had two passengers, both age 15 boys.  After officers stopped the car, they ordered everyone out of the car.  As one of the boys was getting out, he told officers that he was carrying a loaded gun on him.  He was wearing baggy clothing that concealed the weapon. 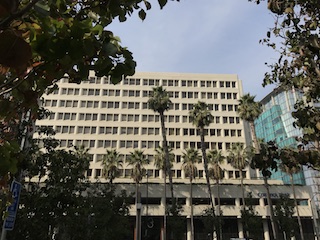 Court of Appeal Sixth Appellate District San Jose
The gun was a functional .45-caliber semiautomatic pistol that had been reported stolen.  It did have bullets in its magazine.  The officer then looked at the 15 year-old’s cell phone, which included reference to the Santa Rita Bahamas Norteńo gang.
The other 15 year-old boy in the backseat of the car admitted he was a member of the gang.

Officers then searched the car and found compact discs in the glove compartment, center console and trunk that said “Norteńo rap” on them.

The Sheriff’s then arrested Mr. Gonzalez, who admitted he knew there was a firearm in the vehicle, although he said he did not see it.  Police looked at Gonzalez’s cell phone and it, too, included mention of the Santa Rita Bahamas Norteńo gang.

Gonzalez was charged with permitting a person to carry a loaded firearm in a vehicle (Penal Code § 26100(a)).  The complaint alleged that this violation was committed in furtherance of a gang purpose (Penal Code § 186.22(d)).  Gonzalez took the matter to a jury trial.  The jury convicted him and the judge suspended imposition of the sentence and instead placed him on probation.

Gonzalez appealed the conviction, arguing to the Sixth Appellate District that the trial judge erred by not instructing the jury that knowledge is required by the driver that the firearm is loaded.  Gonzalez also argued that there was insufficient evidence to prove the gang allegation.

The Sixth Appellate District agreed with Gonzalez on the section 26100(a) charge and reversed the conviction, remanding it back to the trial court for further proceedings.  The appellate court denied Gonzalez’s appeal on grounds of insufficient evidence of the gang allegation.

The Sixth Appellate District looked closely at Penal Code § 26100(a).  It emphasized that the text of the statute says it is prohibited for “a driver of any motor… [to] knowingly permit any other person to carry into or bring into the vehicle a firearm in violation of section 25850 of the Penal Code or section 2006 of the Fish and Game Code.”

The court then turned to Penal Code § 25850 and Fish and Game Code § 2006, each of which apply only to carrying a loaded firearm.  The appellate court parenthetically noted that it thought the prosecution presented sufficient evidence to show Gonzalez had such knowledge, but it agreed with Gonzalez that the court erred by not instructing the jury on the knowledge requirement to commit the crime.

In fact, from the court transcript of the jury instruction conference, the trial court judge stated, “I don’t believe he had to know it was loaded.  I believe he just had to know it was a firearm.”  The judge further removed the knowledge requirement regarding the firearm being loaded.  The defense attorney objected to this being removed.  The trial court then over ruled the objection.

The appellate court noted that an instructional error omitting an element of an offense requires reversal unless the prosecution demonstrates that the error was harmless beyond a reasonable doubt. People v. Flood (1998) 18 Cal. 4th 470, 504.  Here, the prosecution did not even attempt to prove or even argue that the error was harmless.  The court noted that it could not be shown to be harmless.

The case was thus sent back to the trial court for a new trial with proper jury instructions.
The citation for the Sixth Appellate District Court ruling discussed above is People v. Michael Ray Gonzalez (6th App. Dist., 2015) 232 Cal.App.4th 1449, 182 Cal.Rptr.3d 294.
For more information about the issues in this case, click on the following articles:
Contact us.