It is a well-known fact that if someone is driving a car at 2:00 a.m. in an area near restaurants and bars, it is far more likely to get pulled over at that time than while driving in the same manner in the same area at 2:00 p.m.

This unfortunate truth played itself out in the case of our 31 year old client driving his friends from a wedding reception to their hotel because they had drunk too much to drive.

Without All the Details, What Happened?:  Our client gets pulled over for illegal tinted windows at 1:00 a.m. on a Pasadena street (Green Street) that his very dark due to the trees lining it. Client has a 0.12% BAC. Case resolved for a wet reckless.

It was 1:00 a.m. on a Sunday morning. Our client was at a full stop at a stop light, going eastbound on Green Street, near Cordova. A police car pulled up behind our client and observed what he thought were illegal tinted windows, a violation of Vehicle Code § 26798(a)(1). Windows do violate this code section if an observer, from the front of the vehicle, cannot see the driver’s eyes due to the tint of the window and thus, an officer directing traffic, for example, would be put in danger because he or she could not ensure his hand signals or commands were being noticed by the driver.

In this case, our client was on Green Street, which is a one-way street and very dark at night due to the many mature fichus trees along the side that intertwine above the road. On this particular night, Greg Hill & Associates researched, there was no moon. In area of Green Street and Cordova, there are no neon signs or opposing traffic that would permit a police officer to accurately observe the tinting on the windows from behind a car, let alone on a moonless night.

Nevertheless, it was 1:00 a.m. and our client was driving on the street, which was sufficient apparently for the officer to activate his overhead lights and stop our client. 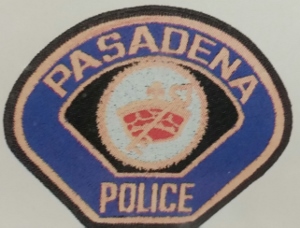 She stated, “[A]uthority for the stop ends when tasks tied to the traffic infraction – or reasonably should have been – completed.” A gratuitous further search is improper, in other words. Mapp v. Ohio (1961) 367 U.S. 643.

After the officers stopped our client, they needed to simply issue a ticket and allow him to leave. A prolonged detention is unlawful unless the police have reasonable suspicion to do so. Reasonable suspicion is a practical, common-sense decision that a fair probability exists that a crime has been committed. People v. Rosales (1987) 192 Cal.App.3d 759, 768, 237 Cal.Rptr. 558).

Here, the officers did not note in their report any impairment in our client’s driving at all. An officer must observe impairment to an “appreciable degree” in one’s driving abilities to violate Vehicle Code § 23152(a), driving while intoxicated. People v. Mead (1954) 126 Cal.App.2d 164, 271 P.2d 619. “The corollary to this rule is that a detention predicated on circumstances which, when viewed objectively, support a mere curiosity, rumor or hunch is unlawful, even though the officer may be acting in good faith” People v. Carmona (2011) 185 Cal.App.2d 389.

Under California law, put another way, one of the maxims of jurisprudence is that “no one may take advantage of their own wrong.” Civil Code § 3517.

However, officers did just this, pulling our client from the car and asking him to submit to a roadside breath test, which measured his blood alcohol content (BAC) at 0.12%.

Such a BAC level nowadays is usually too high for a prosecutor to amend a complaint for DUI to allege reckless driving (Vehicle Code § 23103, pursuant to 23103.5). However, if the defense attorney works hard and the facts are friendly to the defense, a wet reckless is possible.

Here, there seemed to be a strong case for a motion to suppress evidence of our client’s BAC based on an improper traffic stop. However, in our experience, officers will add to the police report once under oath and report significant other facts that add to the totality of the circumstances supporting the traffic stop as proper. Most prosecutors understand this, as to defense attorneys.

Therefore, in this case, Greg explained the improper traffic stop and presented him with most of the legal authority laid out in this summary. The prosecutor considered it and did offer the wet reckless to our client, which was significant insofar as it meant he would avoid the requirement by the DMV to install an ignition interlock device because he would not be convicted of DUI.

In fact, the two charges relating to DUI were dismissed. Our client was happy with this outcome.