Our twenty-year-old client had played in a band at a downtown Manhattan Beach restaurant for several hours one Saturday evening. He packed up his equipment and headed back to his car to drive home.

While at the restaurant, he had been given two beers while he was playing.

After he loaded up his car, he pulled out of the parking structure and, being unfamiliar with the area, turned the wrong way on a one-way street. This would not normally have been too big of a problem, as our client was only moving at perhaps three or four miles per hour, but unluckily, a Manhattan Beach Police Officer, in a police car, was traveling head on towards our client.

Summary in 50 Words or Less:  Under-21 client arrested for DUI in Manhattan Beach. He has a 0.06% BAC. Case resolved in Torrance courthouse for a dry reckless due to several police mistakes in preparing the police report.

The officer immediately put on his overhead lights and stopped our client. According to the police officer, our client smelled like alcohol, so the officer proceeded to administer the field sobriety tests. The officer also looked into the front seat of our client’s car and saw a bong and an almost empty bottle of vodka. 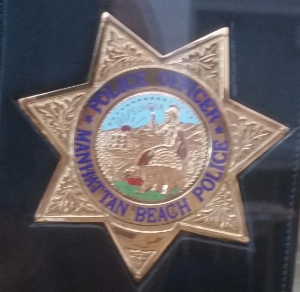 At the scene, our client’s breath was measure at a blood alcohol content of 0.06% and he was arrested. At the police station, he submitted to a further breath test on a Datamaster machine and blew a sample measured at 0.056% BAC.

The client called his parents from jail, who picked him up at approximately noon, about ten hours after his arrest.

The parents then called Greg Hill & Associates and met with Greg, along with their son, the same day. Greg listened to the facts of the case and explained how such a case most likely would be prosecuted, including who the judges would be at the arraignment and later as the case proceeded. Because the case was based on an arrest in Manhattan Beach, Greg explained that the Torrance District Attorney’s office would handle the matter.

Greg also explained what a DMV Hearing was and what the issues would be at such a hearing, as well as how such hearings were conducted. He explained how his office would prepare a written brief of approximately ten to fifteen pages, addressing the facts, the issues for the DMV’s analysis and evidentiary objections to the evidence.

At the arraignment in the Torrance Superior Court, Greg appeared on behalf of the client and was able to negotiate with the Torrance District Attorney a plea bargain to a dry reckless (Vehicle Code § 23103). Greg explained this made sense because the arresting officer did not sign the police report and failed to certify the breath alcohol test results as proceeding from a properly administered test. The same officer also failed to observe our client for the full fifteen minutes prior to administering the breath alcohol test at the police station.

The prosecutor assigned to the case made notes in the file about this and said he understood the problems with the report. He therefore agreed to resolve the case for a dry reckless.

So much progress at the arraignment was unusual, but Greg was familiar enough with the facts and issues of the case to do so in a meaningful enough manner.

The advantage of resolving the case as a dry reckless were multifold. The conviction would not count as a prior DUI if the client were to be charged with DUI again within the next ten years from the date of the arrest in this case. Second, the DMV would not require our client to install an ignition interlock device (IID). Third, the terms of the plea bargain itself were significantly better than a DUI or a “wet reckless” (a conviction for Vehicle Code § 23103 pursuant to § 23103.5): twenty-four months of summary probation, a fine of $150 plus penalties and assessments, a twelve-hour DUI program (the SB1176) and, due to the client’s youth, attendance at the hospital and morgue program (HAM).

When Greg explained the negotiations to date to the client and his parents, he explained that such a plea bargain really could only be improved upon with a dismissal, which was simply impossible under the facts of the case. Greg thus recommended that the client accept the plea bargain offered, which he did. Both he and his parents were very happy with their good fortune in this case.

For more information about underage DUI and DUI in general, please click on the following articles: