It is a common mistake among DUI attorneys to advise clients that if they are arrested for DUI based on being under the influence of a controlled substance or prescription drugs – in other words not drunk driving due to alcohol - that there is no reason to reserve a DMV hearing.

The reason some attorneys say this to clients is because to suspend a license at a DMV Admin Per Se hearing, the third issue is whether the respondent (the driver) was driving a motor vehicle with a blood alcohol content of 0.08% of alcohol by weight or higher. Consequently, some attorneys, realizing the third issue must be found in the client’s favor, never contact the DMV. As a result, the automatic suspension of the license takes effect thirty days after the arrest and no hearing even takes place to address the third issue.

Without All the Details, What Happened?: Client was groggy due to taking Klonopin and Adderall, both under prescription. He drove down a one-way street from the wrong direction. He had not been drinking, but was arrested for DUI. We reserved a DMV hearing and the DMV reinstated the client’s driving privileges.

The experienced DUI attorney will reserve such a hearing and argue the third issue if there is such a hearing. Usually, however, the DMV Hearing Officer assigned to the case will realize the nature of the case and reinstate the driving privileges of the client (“setting aside” the suspension). This results in the client never having to experience a license suspension.

The following case exemplifies how this can work successfully in the client’s favor. Our client, age 28, was driving home from a Long Beach restaurant with his girlfriend. He had been recently prescribed Clonazepam (also known as Klonopin) and was recommended a dosage that was very high. He followed the doctor’s recommendation and it caused him to become groggy. He was also taking Dextroamphetamine (also known as Adderall) under a doctor’s care.

He was tired from a long day of work and feeling the effects of the new prescription dosages. In his tired state, he turned right onto a one-way street, immediately coming face to face with a Long Beach Police Department officer. The officer flashed his high beams and our client immediately realized his mistake.

He pulled over and was advised that he had turned the wrong way onto a one-way street. Our client acknowledged his mistake, but since it was 2:15 a.m., when there are many drivers under the influence of alcohol, the officer asked our client if he had been drinking.

Our client stated he had not drank anything that evening, but the officer did not believe him. Our client therefore submitted to a roadside preliminary alcohol screening (PAS) test, which measured his blood alcohol level at 0.0%.

The officer became very frustrated, so he asked our client if he was under any medication or had taken any illegal drugs. Our client responded that he was under two types of medication, but he did not know their exact names. The officer thought this was enough and arrested him quite eagerly.

The client was shocked by the way the Long Beach Police Department officer was seemingly determined to arrest him for DUI rather than just tell him to be more careful and let him go.

Once released, he called Greg Hill & Associates and described his experience, as well as asking what to expect in court in the Long Beach Superior Court, as he was assigned an arraignment date in about two months.

Greg explained what needed to be done, starting first with the DMV Hearing so that he did not lose his license. Greg Hill & Associates explained why it was necessary to call the DMV even though alcohol was not involved at all. The client remarked that he had spoken with several other attorneys who claimed to be DUI experts and who had told him there was no need to call the DMV.

Greg explained why these so called DUI attorneys were wrong. The client then retained Greg Hill & Associates and Greg Hill’s office reserved a DMV Hearing for the client. 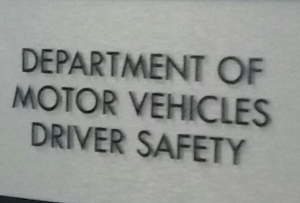 Two days prior to the hearing, the DMV Hearing Officer assigned to the case called our office to explain that the suspension would be set aside and our client’s driving privileges would be reinstated. The client was very happy with this, knowing the proper steps had been taken to protect his license.

For more information about DMV Hearings in general and DUI based on prescription medication, please click on the following articles: