Little Known Facts About Expungement to Keep in Mind

“Expungement,” as most associate the term with a petition under California Penal Code § 1203.4 or § 1203.4(a) is a much-misunderstood process and its benefits are equally often incorrectly interpreted.  We know this because we have discussed expungement with hundreds of clients and potential clients over the last 23 years.

In a Nutshell: Expungement does not erase or delete a record of a case having been filed, but it does change the last plea in the case to not guilty and shows the case was dismissed.  The principal benefits of expungement under California law are related to employment and most professional licenses.  To read more about common misunderstandings about expungement, please read the following article to clear any misunderstandings one may have.

One of the most-commonly misunderstood beliefs is that expungement is automatic after one finishes probation or, we have heard quite often, after a certain number years following a conviction.  We are not sure exactly where this misunderstanding arises, but to set the record straight, expungement is not an automatic benefit that the court clerk or even the DOJ applies to a conviction after probation ends or ten years, for example, passes following a conviction.
It should be noted that Livescan is only required to report convictions within the past seven years, which may have been interpreted by many as suggesting there is no need to have a conviction expunged if it is more than seven years old because Livescan will not report it anyways.  We respond that this twisting of Livescan’s reporting requirements to suggest Livescan may not report convictions older than seven years old is simply wrong.
Second, while many attorneys and even the court approved forms state that after a judge orders a conviction expunged (the plea of no contest or guilty withdrawn and the earlier not guilty plea replaced or restored and the case dismissed), one can legally answer “no” if asked whether one was convicted in the case, this may not be the best thing to do.
Indeed, expungement does allow one to enjoy the “legal fiction” that one was never convicted of the crime after relief under 1203.4 or 1203.4(a) is granted (with disclosure exceptions if one is running for public office, applying to operate a state lottery or applying for a state professional license or applying for a government job). 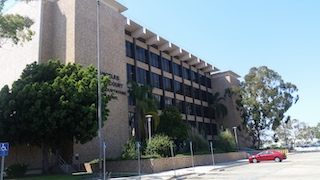 Torrance Courthouse
However, we suggest that instead of writing “No” when asked by a private employer if one was previously convicted of a misdemeanor or felony, the more prudent response is “Yes – Conviction Dismissed.”  This suggests the conviction was expunged and then obligates the employer to follow California law, which provides that employers with five or more employees cannot ask about a person’s criminal history before making a conditional offer of employment.  Once the employer knows or is advised by the potential employee that the potential employee has a criminal history, the employer is required to perform an individualized assessment of the potential employee, which includes analysis of whether the criminal conduct has a direct and adverse relationship with specific job duties, the length of time since the conviction, the nature and gravity of the offense and nature of the job sought.
Third, expungement does not restore one’s right to own, possess or purchase a firearm.  Expungement also does not extinguish one’s obligation to report as a registered sex offender.  In the case of one seeking to restore one’s Second Amendment rights, one should consider the offense itself and whether reduction of the offense to a misdemeanor (under Penal Code § 17(b)((3)) or a pardon is required.  Speaking to an experienced attorney about this is important.  For one seeking to end the reporting obligation of being a registered sex offender, a pardon may be the only recourse, although one should discuss Senate Bill 384, which will become effective in January 2022.
Fourth, a conviction that was “expunged” can still be used to enhance or increase one’s punishment in the future.  Prosecutors can still consider, for example, that someone was previously convicted of a specific crime even though the conviction was expunged.  The record of the original conviction (before it was expunged) is still visible on one’s criminal history visible to a prosecutor.  It does not become invisible, deleted or removed.
Fifth, in California, there is no limit on the number of convictions one can seek to have dismissed under Penal Code § 1203.4. or 1203.4a(a) (relating to infractions).  We once helped a female with well over twenty convictions for solicitation of prostitution have each of her convictions expunged.  No judge may refuse to consider a petition for dismissal under Penal Code § 1203.4 or 1203.4a(a) just because he or she is aware that the petitioner is seeking or has sought expungement on additional earlier or later convictions.
For more information about expungement, please click on the following articles:
Contact us.
Serving Torrance, Long Beach, Compton, Airport Courthouses and Other Courthouses.