Is Amount of Forged Check Determinative for Prop 47 Relief?

If a cashier questions the validity of a forged check and refuses to cash it for someone, does it matter what the amount is if the suspect never received the money?  In other words, is there a crime of any measurement if the forgery is unsuccessful?  The thief, after all never was unlawfully enriched.

Why This Article Matters: In a Prop 47 motion for resentencing a felony check fraud conviction to a misdemeanor, when the check was never actually cashed (defendant never received a penny), is zero, or well less than $950, even if the amount written on the check is over $1,000, as in the case summarized herein.

In 2009, the owner of the certain business checks reported to police that five checks had been stolen from her business.  Defendant Brian Lee Lowery tried to cash one of the stolen, forged checks in Gilroy, but the cashier at a check cashing business refused to cash the check for $1,047.  The cashier called the business owner, who told him not to cash the check.

The cashier kept the check, along with Lowery’s driver’s license.  She then contacted the police.  The police contacted Lowery, who explained that the check was from a business for collecting scrap. 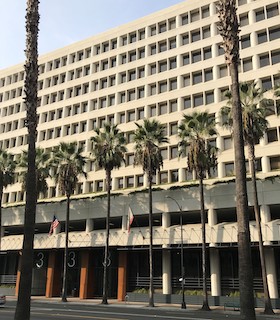 Proposition 47 was then passed in 2015 and Lowery petitioned under Penal Code § 1170.18(f) to the trial court to resentence his felony as a misdemeanor.  Interestingly, the prosecutor stipulated to have the offense designated as a misdemeanor, but the judge in Santa Clara County rejected the stipulation.

The judge denied the petition because the check was for an amount exceeding the $950 limit stated in Penal Code § 473.  In other words, its “value” was equal to it written value.

Lowery then appealed the ruling to the Sixth Appellate District.  He argued that the value of the check was limited to its intrinsic value of the paper on which it was written.  People v. Cuellar (2008) 165 Cal.App.4th 833.  Cuellar attempted to buy cosmetics at a department store, but the clerk suspected the check was false and refused to honor it.  Cuellar grabbed the check and ran from the store.  Cuellar was then convicted of grand theft, which was reversed on appeal with the court of appeal stating that a forged check is a nullity except for the value of the paper on which it is written.

The appellate court then reversed, reasoning that the check’s “value” was zero because it was never cashed.  In other words, the district attorney at the trial court level was correct in stipulating to have the charge lowered to a misdemeanor.

The appellate court, however, was deliberate in making clear that it did not agree with Cuellar in this case.  Rather, it looked to Black’s Law Dictionary’s definition of “value” as “the monetary value or price of something: the amount of goods, services, or money that something will command in an exchange.”  Black’s Law Dict. (8th Ed. 2004), p. 1586, col. 2.  California courts are in accord that the ordinary meaning of “value” refers to actual monetary value, e.g., the fair market value.  Manhattan Sepulveda Ltd. v. City of Manhattan Beach (1994) 22 Cal.App.4th 865, 870.

Furthermore, the court noted, “it is well established that the valued to be placed on stolen property for purposes of [Penal Code] section 487 is the fair market value of the property, not the value of the property to any particular individual."  People v. Cook (1965) 233 Cal.App.2d 435, 437, quoting People v. Latham (1941) 43 Cal.App.2d 35, 39.  In other words, fair market value is not the same as face value or nominal value.

However, had Lowery been successful in cashing the check, its monetary value would have been equal to its written value and his petition for resentencing obviously would have been properly denied.

We think this is a good case to keep in mind, as we have had several cases involving clients stopped by a bank or someone else asked to cash a forged check.  It is a common factual scenario, so this case may be helpful to the reader if facing a similar situation as Mr. Lowery herein and seeking Prop 47 relief, which Lowery ultimately obtained.
The citation for the Sixth Appellate District Court ruling discussed above is People v. Brian Lee Lowery (6th App. Dist., 2017) 8 Cal.App.5th 533, 214 Cal. Rptr. 3d 66.
For more information about check forgery and Prop 47 issues, please click on the following articles:
Contact us.
Serving Torrance, Long Beach, Compton, Airport Courthouses and Other Courthouses.