Home
Other Information
Criminal Defense Articles
In Extradition Matters, What Is an Identity Hearing?

In Extradition Matters, What Is an Identity Hearing?

As the name of the hearing implies, an Identity Hearing is a proceeding for an accused to challenge the identity of the person in custody as being the same person named in a certified copy of an indictment, information, verified complaint, warrant, judgment, sentence or other document relied upon by a demanding state seeking extradition of someone in an asylum state.  In other words, the person in custody in the asylum state asks the judge to find he is not the person being sought.  It’s not me!  They got the wrong guy!

Summary in 60 Words or Less:  An Identity Hearing is a proceeding whereby a person in custody, subject to being extradited to another county or state, asks a judge to determine that he is not the person being sought by the demanding state or county.  It is a process to get a judge to declare the alleged fugitive is not the right guy or gal.

In comparing the identity of the person in the custody with the person wanted by the demanding state, the rules of evidence become a critical issue.  Does the California Evidence Code apply so that authentication is required?

Arguably, under California Evidence Code § 300, the California Evidence Code does apply as section 300 states that “[e]xcept as otherwise provided by statute, this code applies in every action before the Supreme Court or a court of appeal or superior court, including proceedings in such actions conducted by a referee, court commissioner, or similar officer, but does not apply in grand jury proceedings.” 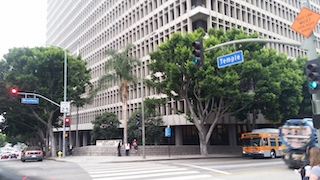 Clara Shortridge Foltz CCB
If the California Evidence Code applies, then the official records hearsay exception (Evidence Code § 1530) probably would apply to allow the identity hearing judge to consider booking photographs of the accused in the demanding state and compare them to the individual held in California.  Likewise, fingerprint records would probably be admitted, provided they (and the photographs) are submitted with a proper declaration from the custodian of records authenticating such as true and accurate records of the demanding state.  See Evidence Code § 1401, 1452-1454.

Counsel for the accused being held can subpoena witnesses to testify, but the magistrate holding the hearing cannot require witnesses from the demanding state to be present. Penal Code § 1551.2.  Defense counsel also could seek to elicit testimony from a fingerprint expert to opine whether the fingerprints from the demanding state match those of the person demanding the identity hearing.

It must be understood that once the judge decides that the prosecution had made a prima facie case of identity, the accused bears the burden by clear and convincing evidence that he or she is not the same person as demanded.  Miller v. Debbeker (Colo 1983) 668 P2d 927; State v. Perrera (Fla 1983) 443 So2d 1016.