Home
Other Information
Criminal Defense Articles
If My Case Is a DA Reject, Do I Get My Bail Money Back?

If My Case Is a DA Reject, Do I Get My Bail Money Back?

A common question we are asked is whether a bail bondsman is legally obligated to return bail money to a person they posted bail for if the case turns out to be a DA reject, the case ultimately is dismissed or a jury trial ends in an acquittal.

Our answer is “it matters,” although we usually comment that the bail bondsman most likely did tender a bail bond as collateral to secure the person’s release from custody, so the bail bondsman did perform and obviously, the person received the benefit of walking out of jail.  However, each contract for bail is different and it is worth it to examine the provisions of the contract for bail to see if this is addressed.

In a Nutshell: The bail bond contract will usually answer whether defendant is entitled to a refund of his bail bond fees if the criminal case is determined to be a DA reject.  We find that most bail bond companies do not refund such fees, especially if the company did post the bail bond to allow defendant to be released from jail.

Before examining a contract for bail, it is worth explaining that the contract is both an indemnity agreement and a promissory note.  The bail bond company agrees to pay, in exchange for a bail bond premium (from eight to ten percent of the bond face value), the court the full amount of the bail bond in case the person released from jail fails to appear in court.  It is a risk the bail bond company takes in exchange for a premium the person in jail pays.  The contract is also a promissory note in that the person asking for a bail bondsman to post the bond promises to pay the eight or ten percent premium, often over time in a series of payments.

To read a contract requires work and it may not be easy.  It can also be somewhat intimidating, as the average layperson is probably not familiar with contract interpretation. 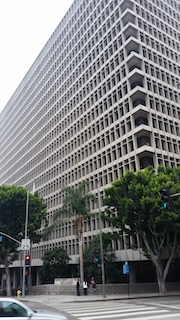 Clara Shortridge Foltz CCB
Instead of reading the contract, the person usually asking us about reimbursement of money paid to the bail bondsman is hoping that perhaps the police will pay the bail bondsman back a fee for posting the bond, perhaps as some type of penalty for arresting someone and then deciding not to file charges.  This sadly does not happen and there is no law that obligates the police or the prosecutor ‘s office to make such a payment.

We also caution the caller or client asking about the return of the bail bond fee that if the DA’s office rejects the case for insufficiency of the evidence, the most common reason, the DA’s office can still file the criminal complaint within the applicable statute of limitations if new information becomes available.  The statute of limitations continues to run until a complaint is filed.  Penal Code §§ 798 – 805.

In this regard, the person seeking reimbursement of the bail premium paid may want to allow the passage of time to see if sufficient evidence is gathered, as the person may end up needing a bail bondsman after all.

Indeed, we have seen clients told that their case is a DA reject and the clients then refuse to pay any more premiums to the bail bond company.  This can be a huge mistake for two reasons.  First, the bail bond company most likely will sue the person on a breach of contract theory for the remaining payments owed, possibly in small claims court if the amount owed is $7,500 or less, or in regular superior court if the amount exceeds $7,500.

Second, if no complaint is filed at the arraignment date set, bail posted is automatically exonerated fifteen days after the hearing.  If a complaint is later filed when sufficient evidence is received, the person can ask the bail bond company for reassumption of bail.  However, very few bail bond companies are going to do this if the person has breached their payment promises in the contract.

The above information does not apply if someone posts bail by depositing cash in full with the court or police.  When that is done, which is uncommon, one can apply for return of the money in full once the judge exonerates the bond, which can be after the statute of limitations passes (or the DA’s office stipulates to this earlier), the case is dismissed or trial ends in an acquittal.  The check usually takes six to eight weeks to be delivered.

When someone posts a bond with title to real property (a house or land, i.e.) as collateral, title can be cleared also after the judge formally exonerates the bond.