Our client, age 23, was ticketed for public nuisance (Penal Code § 372) in the ground level parking lot to the south of Pier Plaza.  He had stepped out the back door of Baja Sharkeez to make a cell phone call and realized he had stepped into an area where there were two other people urinating against a wall because the restrooms had a long line.

Without All the Details, What Happened?:  First ever grant of  judicial diversion in Hermosa Beach public urination case, case to be dismissed if client pays $600 to City of Hermosa Beach and stays out of trouble for one year.

Apparently, the two folks urinating could not wait in line, so they left out the bar’s back door and decided to re-enter through the front door by walking around to the front once they were done.

Our client walked past these two other folks and pulled out his phone from his pocket to search for the phone number to his person he was calling.  As he was scrolling through his contacts on his phone, an officer walked up to him and said, “I know what you’re doing.  Very clever.  You did not fool me.  Trying to use the phone while peeing.  Good try.  Here’s your ticket.”  As our client looked the officer in the eye to begin protesting, the officer said, “save it for the judge” and demanded our client’s identification. 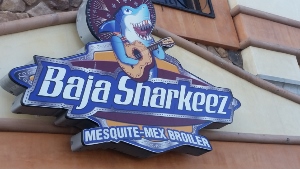 Baja Sharkeez in Hermosa Beach
The client was so shocked and intimidated that he complied.  The officer then filled out the ticket and handed it to our client.  Our client was fuming mad, but knew that if he said anything to the police officer, he was likely to be handcuffed and taken to the police station.

The client called our office, extremely upset at feeling he was the victim of an overzealous police officer who was determined to give out tickets.

Greg discussed the case facts with the client and described a new pilot program set out in Assembly Bill 2124 that was only applicable in Los Angeles County.  Greg explained that the program, later legislated at Penal Code §§ 1001.94 to 1001.98, was not for everyone.  For example, while the offense of allegedly violating Penal Code § 372 (“public nuisance”) was eligible, the client also had to be personally eligible.  Greg asked the client many questions about the client’s criminal history and found out he was personally eligible, too.

Greg then told the client he would file such a motion and after the arraignment, Greg did so.

It merits mention that the police report for our client stated that the officer observed a “full stream” of urine coming from our client while our client was standing near the rear exit of Baja Sharkeez.  As such, were the case to proceed to trial, one would expect the officer to testify his police report was accurate because it was prepared right after the ticket while his memory was fresh.
Our client understood that officers are trusted in court, so our client’s testimony that he was not urinating at all would be looked upon with skepticism by a jury.  After all, why else would the officer issue the ticket?

Little did Greg know at the time of filing the motion for judicial diversion, but our client’s case was the very first Hermosa Beach public urination case to seek diversion under the new AB 2124 program.  While the program did come into effect on January 1, 2015, it was early February, 2015 now, but no other defense attorney had requested it.  Our client would be the Rosa Parks of Hermosa Beach public urination cases.

The judge handling the case reviewed Greg’s written motion and fully understood that Hermosa Beach ticketed approximately 340 people per year for the same offense.  Therefore, if the judge were to grant the client’s motion, she would be obligated to do the same thing for 340 more people per year.

She requested briefing by the Redondo Beach City Prosecutor on the precedential issue she faced.  The Redondo Beach City Prosecutor provided a written opposition, with maps showing that there were over 14 public restrooms in the downtown Hermosa Beach area and showing their locations, suggesting our client had no excuse for not using the restrooms that were available.

Greg explained that while there were over a dozen such restrooms available to the public, they were all located just inches from the sand and not anywhere near where the client had been.  There were no signs to the restrooms and the lighting at night was poor.

The judge struggled with the gravity of the request for diversion, as she had never allowed diversion on such a case in the past despite many such requests.  However, now AB 2124 permitted her to do so if the case and the defendant were eligible, as our client was here.  Yet the judge still retained discretion to deny diversion.  She discussed Hermosa Beach’s problem with public urination and why it needed to be punished.

However, she granted the motion, requiring our client to pay $600 to the City of Hermosa Beach, hopefully to allow the city more funding to provide additional public restrooms with sufficient lighting and signs letting the public know about the new restrooms.

The client was very happy to avoid a conviction and more than happy to pay $600 to have his case dismissed.

For more information about some of the issues raised in this case, click on the following articles:
Watch our video about sex offenses by clicking here.