Our client, age 53, had worked in Canada for many years.  He was not a Canadian citizen, however, so he was required to apply for, be granted and regularly renew a work visa there.

He had recently landed a three-year contract on a major television show to be filmed in the Vancouver, British Columbia area.  However, he was down in Hermosa Beach, California for a weekend with his friends and decided to get some dinner and drinks near the Pier Plaza.

Condensed Version of This Case:  Summary, or informal, probation ended early for client on probation for public intoxication (Penal Code § 647(f)) arising out of a bar fight in Hermosa Beach.  Early termination of probation and expungement needed for client’s work visa eligibility in Canada.

The group had eaten dinner and migrated over to a local bar to wrap up the evening.  As the group was leaving out the rear exit to the bar, to the parking lot, an off-duty police officer from the Hermosa Beach police department told our client and his friends that the rear exit door was blocked and that they would have to exit using the front door.  The off duty officer was employed as a bouncer at the bar.

A misunderstanding arose over what the off-duty police officer really said.  Our client and his two friends clearly recalled the officer cussing at them, using four letter words and threatening to “beat their as*&^%” if they did not turn around and use the other exit.  They remembered it quite vividly because they were shocked, thinking the officer/bouncer was drunk himself.

In response to such an unexpected threat, our client told the bouncer to “calm down, it is not a problem for us to use the front exit.”  The bouncer became enraged that our client told him to “calm down,” so he immediately punched our client and tackled him to the ground.  Our client’s two friends stood by watching in horror.  The off duty police officer then broke our client’s left pinky finger and mashed our client’s face into the ground, violently rubbing it back and forth to ensure the skin on his cheek and forehead rubbed off.  Our client’s friends screamed at the cop to stop, but the cop would not.

On duty police officers reported to the bar quickly and were told by their colleague that our client had attacked him and that the officer was simply acting in self-defense.

The client’s friends protested loudly, asking to have their statements included in the police report.  The Hermosa Beach Police Officers reporting to the scene refused.  The client was then held in the Hermosa Beach jail overnight, while begging for medical attention for his hand and face.  This request was refused.

The client came to our office with his hand in a splint and a large scab on his face.  He explained what happened and how he was being charged with battery (Penal Code § 242).

Greg appeared on the case and gave the Hermosa Beach City Prosecutor, who had been in this position for over fifteen years, the statements of the client’s two friends.  Greg also showed the prosecutor the medical records of our client and photographs of his face. 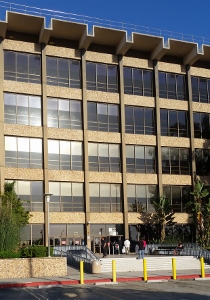 After four court appearances, the Hermosa Beach City Prosecutor agreed to amend the complaint to allege public intoxication (Penal Code § 647(f)) and to resolve the case for a $100 fine and three years of summary probation.  The case may not have even been filed, but our client had two prior DUI’s, the prosecutor explained. The client accepted the offer, knowing he might have prevailed at trial, but that juries do prefer to believe police officers.

Our client finished over two years of probation when he found out that his work visa for Canada would not be renewed if he was on probation.  He immediately called Greg Hill, who quickly filed a motion for early termination of probation.

The Torrance judge handling Hermosa Beach cases, who normally denies most all such motions, surprisingly granted this motion for our client.  Our office then filed a petition for dismissal (expungement) of the complaint, which the judge also granted.

The client was very happy with the result, especially because had the judge not terminated probation early, our client would be forced to leave Canada, losing his job, while his wife would be forced to choose between remaining in Canada for her job or quitting her job to return to the U.S. with our client.

For more information about modification of probation and expungement, please click on the following articles:
Contact us.
Serving Torrance, Long Beach, Compton, Airport Courthouses and Other Courthouses.