Our clients, ages 23 and 47, needed clothes for their new job.  They were neighbors and had applied for jobs with the same employer and both had been hired.

They went to JCPenney in Downey to buy some new socks, bras and underwear.  They realized rather quickly that they could not buy as much as they wanted and there were a few items they wanted that were quite expensive, especially inside the Sephora area of JCPenney.

In a Nutshell:  Two clients caught shoplifting a JCPenney in Downey resolve their cases each through judicial program, a program that is no longer available.  Client each have to perform 40 hours of community service and pay court fines of $220 and their cases are dismissed.

Our younger client had her baby in a stroller with her at the time.  The two clients discussed the items they wanted to buy, but could not afford and decided to put the items in the baby stroller underneath the baby.  Loss prevention watched our clients put two blouses, three expensive bras, some earrings, a pair of shoes, make up and an eyelash curler in the baby stroller.

The value of these items was $422.  Our clients walked around the store, eventually paying for certain items and leaving the items worth $422 in the stroller, not attempting to pay for them. 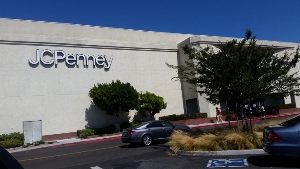 They were escorted back into the store and asked to show if they had $422 to pay for the items.  Our clients did not.

The Downey Police Department arrived at the scene and took our clients to the station for booking.  Loss Prevention gave the police a DVD with store security video showing our clients inside the store dropping the items into the stroller.  Our clients were eventually released from the police department on their own recognizance with a promise to appear in the Downey Superior Court in about two months.

The clients called Greg Hill and met with him the same afternoon.  Greg had each client sign a consent to multiple party representation, as there could be a conflict in defending two people in the same case.  The clients described the events at JCPenney.  Neither had any prior criminal history.

Greg described how in Los Angeles County, judicial diversion was a possible resolution of the case because shoplifting was an eligible offense and both clients were not disqualified from such a program.  The program, presented under Assembly Bill (AB) 2124, was codified at Penal Code §§ 1001.94 to 1001.98.

Greg recommended that each client enroll in and complete an online shoplifting prevention program at the National Association of Shoplifting Prevention.  Both did so and gave Greg their proof of completion of the program.

About six weeks later, Greg appeared in the Downey Superior Court.  He read through the police report and confirmed that the clients were eligible for judicial diversion and that they were not charged with anything disqualifying.  He also confirmed each had no prior criminal history.

When the case was called, Greg made an oral motion for judicial diversion.  The judge in Downey granted Greg’s motion for both clients, agreeing to allow them to “earn a dismissal” by completing 40 hours of community service and paying court fees of $220.

Both clients then did complete the forty hours of community service and paid the court fees.  Six months later, Greg appeared on the date set by the judge.

The judge then dismissed each case.  The clients were especially happy with this, as they were on probation at work due to the arrest (the employer found out) and the dismissal meant they were taken off their employer’s work probation.

For more information about shoplifting, please click on the following articles:
Contact us.
Serving Torrance, Long Beach, Compton, Airport Courthouses and Other Courthouses.