Our client, age 35, went into a Torrance restaurant alone in the mid-afternoon and ordered appetizers and several drinks.  She was under a lot of stress, as she was on disability and it did not look likely that she would return to her job or continue in her career in the Los Angeles Sheriff’s Department.  The bartender looked upon her with some curiosity because it was mid-afternoon and she was drinking heavily. 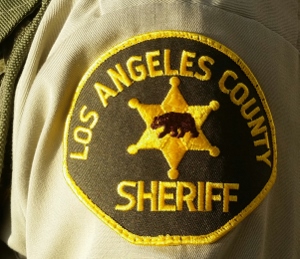 Why This Summary Matters:  Often, the prosecution will object to early termination of probation, which happened in this case.  After all, this case was not a simple shoplifting or simple DUI case.  The client was a former Los Angeles County Sheriff who committed a relatively sophisticated crime.  However, the judge in Torrance Superior Court granted the motion for early termination.  Our office then filed a petition for dismissal (expungement), which the same judge granted.

She had a lot of friends who envied her great job and now it seemed to be coming to an end, which she may have to explain why and this would be uncomfortable.
Our client was certainly not thinking clearly.  When it came time to pay for the appetizers and drinks, our client tried to pay for it with a credit card that she had found earlier and was not her own.
When the manager ran the card and noticed the name did not seem to match the ethnicity of our client, he asked our client what her name was.  Our client stuttered and stammered, aware that the manager suspected the credit card was not her own and that a crime was taking place.
Our client turned and ran out the restaurant.  The manager chased her down, tackling her on the pavement.  He had another employee call the Torrance Police Department and then arrived quickly, arresting our client for defrauding an innkeeper (Penal Code § 537(a)(1)), commercial burglary (Penal Code § 459), credit card theft (Penal Code § 484e(d)) and theft of lost property with knowledge or means of inquiry as to true owner (Penal Code § 485).
The client then retained Greg Hill & Associates, who ultimately had all charges dismissed except the commercial burglary charge, a misdemeanor, to which the client entered a plea bargain.
The client then completed the terms of the plea bargain, which included 300 hours of community service and a court fine and fee totaling $2,339, except for allowing a full 36 months of summary probation to pass.
At the half-way mark, Greg Hill & Associates contacted the client and asked her if she was interested in seeking early termination of probation and then, if that was granted, expungement.  The client indicated she was.  She had no prior criminal history, so being on probation was a constant source of anxiety for her.
She also was applying for work with many different employers and was consistently rejected because she was on probation and/or had a conviction for a crime of dishonesty.  It was very frustrating for her at her age to be rejected for any job.
Greg Hill & Associates then filed a motion for modification of probation under Penal Code § 1203.3.  The Torrance judge who presided at the hearing of the motion was extremely nice and empathetic to the client’s difficulties.  The Torrance City Prosecutor objected to early termination, but the judge granted the motion.
The client was greatly relieved to find out her probation had ended, as one employer even told her they wanted to hire her, but had a policy that they could not hire someone on probation for fear that the person would be remanded to jail or prison if they violated probation.
She quickly called this employer to let them know she was available for work.
Greg Hill & Associates then also filed the Petition for Dismissal under Penal Code § 1203.4 (also known as expungement), which the same judge granted.  The client felt like an albatross had been lifted off from around her neck and she had many more new, previously unavailable, opportunities for employment.
For more information about defrauding an innkeeper, modification of probation and expungement, please click on the following articles:
Contact us.