Our nineteen year old client was stopped by loss prevention at the Avalon Boulevard JCPenney in Carson.  The two loss prevention officers had observed our client take a black sweater and a black dress, valued at a total of $84, and then walk into a fitting room.

Brief Synopsis:  Client, age 19, stopped for shoplifting a sweater and dress worth $84 from JCPenney in Carson.  Case filed in Compton Superior Court and dismissed under judicial diversion, allowing our client to avoid a conviction, let alone for a crime of dishonesty.

When our client came out of the fitting room, she did not have either item with her.  The loss prevention officer then went to the fitting room to see if the client had left the two items in the fitting room, as some people do if the items do not fit.  The items were not in the fitting room.
The loss prevention officers then looked for our client, who was seem walking out of the store, walking right by several manned cash registers.  She was carrying a large purse.
The loss prevention officers then stopped our client in the parking lot, explaining to her that they suspected she may have taken some items from the store without paying.  They then escorted our client back into the store to a rear office, where they asked our client to show them the contents of her large purse.
In the purse were the black dress and the black sweater.  Our client was extremely embarrassed and admitted to placing the items in her purse.  Loss prevention then called the Carson Sheriffs, who dispatched an officer to the JCPenney.
The officer had our client sign a ticket with a promise to appear at the Compton Superior Court on a specified date for her arraignment.  The ticket stated that the client had been cited for shoplifting, a violation of Penal Code § 459.5.
The client was then released from the JCPenney. 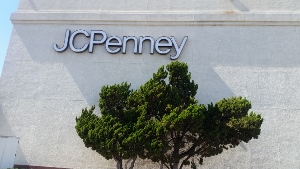 The client was worried that a conviction for a misdemeanor would mean she would lose her job.  She had just graduated from high school and was happy just to be employed.
She then called Greg Hill & Associates, who listened to her describe what happened.  She talked about her employment situation and that she had no prior criminal history.
Greg then explained to her that Los Angeles County judges have discretion to offer diversion under Penal Code §§ 1001.94 to 1001.98 under a program called judicial diversion.  Greg explained that she should enroll in and complete an online shoplifting prevention program through Tom Wilson Counseling Center, Logan Social Services or the National Association of Shoplifting Prevention so that Greg could take the completion certificate to court and show the judge while asking for judicial diversion, which would give the client to avoid a conviction.
The client then immediately did an online program and gave Greg the certificate of completion.
About a month later, Greg appeared on the client’s behalf in the Compton Courthouse and requested judicial diversion from the judge.  Greg explained that the client had no prior criminal history, had taken an online shoplifting course and that the charges, which were Penal Code § 484(a) (shoplifting) and § 490.2 (petty theft), were eligible under Penal Code §§ 1001.94 to 1001.98.
He judge agreed and sentenced our client to six months of judicial diversion, under which she could earn a dismissal if she fulfilled the terms of diversion the judge ordered.   Those terms were to pay court fees of $220 to the Compton Superior Court, perform 20 hours of approved community service, stay away from all JCPenneys for six months and complete an online shoplifting prevention course, which she already had done.  If she did all these things, the case would be dismissed in six months.
The client was quite happy with this, as she would avoid a conviction on her record, so she could keep her job.
Postscript: judicial diversion is no longer available under the program used in this case.  The program ended on January 1, 2018.

For more information about the issues in this shoplifting case, please click on the following articles:
Contact us.